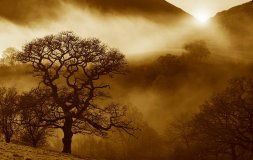 Westonbirt, The National Arboretum is playing host to the 'Celebrating Our Oaks' photography exhibition during March.

Keepers at Birdland Park and Gardens are looking after a flock of new arrivals.

Spring is upon us and there’s lots to do in and around the county this weekend to keep you entertained.

Barn on the Farm to mark 10th anniversary in style

Barn on the Farm has announced three headliners and the first wave of artists for its 10th anniversary this July.

Sudeley Castle plans its most ambitious year yet

Sudeley Castle is preparing to re-open its doors to the public for its busiest and most ambitious season yet.

Some of the UK's finest comedy talent will be appearing at a charity Comedy Night this evening in Gloucester.

Gearing up for another classic day out

The Rotary Club of Tewkesbury is gearing up once again to stage its annual Classic Vehicle Festival at Tewkesbury School Playing Fields.

Actress Jessica Hynes in the spotlight at university

Bafta-winning writer and actor Jessica Hynes will be taking the stage at the University of Gloucestershire to talk about her life and work on March 28.

Walk in the footsteps of Rolling Stones' founder

Under starter's orders for point-to-point action

Horse racing fans could be in for a treat this weekend when the Duke of Beaufort's Point-to-Point takes place at Didmarton, near Tetbury, on Saturday afternoon (March 2).

Did you survive the 80s? Love 80s music? Or too young to remember the 80s but curious as to what it was like?

Rudimental, Elbow and Jess Glynne to headline The Big Feastival

The Big Feastival returns to the Cotswolds this August Bank Holiday and as always, the jampacked line-up does not disappoint.

Harbottle & Jonas are a stunning young folk duo based in Totnes, Devon. Their music is eclectic and always accompanied with a great story.

Celebrating our dark skies in the Cotswolds

The Cotswolds Dark Skies Initiative is being launched with an evening with respected astronomer Will Gater on Saturday, March 16.

To commemorate 50 years of the iconic film ‘The Italian Job’, The Rotary Club of Tewkesbury is presenting this classic film on an open air big screen, the night before the popular Classic Vehicle Festival.

Get close to the music of Billie Holiday

Lady Sings The Blues presents the music of Billie Holiday chronologically through the 1930s, 1940s and 1950s using many of the original arrangements.

There is plenty of fun to be had in Gloucestershire with some fantastic events taking place this weekend!

Now in its 9th year, Lechlade Festival returns over the bank holiday weekend from May 24-26, jam-packed with over 100 performers.

Back by popular demand at Tetbury Goods Shed, Le Swing bring an evening of French chanson and American songbook classics, delivered in their own gypsy jazz-inspired style.

Cotswold mud runners set to get dirty for charity

There's a chance to get dirty for charity this summer at a new mud run in a beautiful Cotswold location.

Chorister Voice Trials are about to be held at Gloucester Cathedral

Pay respect to the Queen of Soul

Pick your own lunch on foraging course

There's a chance to learn more about foraging in a beautiful Cotswold location in a few months' time.

Hacienda Classical, the clubbing classical cross-over show, has announced DJs and guest support for their concert at Westonbirt Arboretum as part of the Forestry Commission’s Forest Live concert dates this summer.

Ray Cooper is a Scottish/English singer-songwriter living in Sweden. When Cooper left art school in Brighton he decided to follow where music took him.

Check out our top pick of things to do in and around the county this weekend.

Gloucestershire Music (GM) has teamed up with the national organisation ‘Music for All’ (www.musicforall.org.uk) to bring you the chance to play a musical instrument.

Get set for a sensational musical journey

Bye Bye Baby is a celebration of Frankie Valli & The Four Seasons presented by Europe's No. 1 tribute.

A glowing start to the half-term holiday

Visitors to Cheltenham will be treated to a magical illuminated juggling act on Saturday, February 16, as part of Light Up Cheltenham.

Calling all junior polar explorers – join the Antarctic adventurers as they recreate life for Ernest Shackleton and his crew at The Wilson Art Gallery & Museum in Cheltenham.

A one-day workshop is being held at the Museum in the Park Pavilion in Stroud at which delegates will seek to gain a deeper understanding of the nature of animals.

Show will transport you all the way to Nashville

A fantastic night of toe-tapping country classics is in store at The Legends of American Country Show.

Award-winning performer's show is all about talking

The Talk Show is a comedy/theatre/spoken word show about talking by award-winning writer and performer Rob Auton, and he'll be bringing it to SVA as part of his 2019 tour.

Cheltenham-based comedy improv group ‘Comic Sans Script’ have a remedy for the winter blues and Brexit-induced anxiety with a return to the stage at Cheltenham’s Playhouse Theatre.

Rockin' good night for a great cause

Rock for Heroes brings the perfect combination of your favourite rock & pop artists across the eras, while fundraising in support of Help for Heroes.

There's still a chance to grab a ticket to a show celebrating five giants of rock 'n' roll at the Roses in Tewkesbury tomorrow (Saturday) evening.

The Stranglers will be headlining this year's Wychwood Festival on the Sunday night, it has been announced.