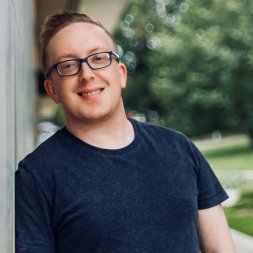 The piano has become Daniel's lifeline

Up-and-coming pianist Daniel Johnson performs classics as well as his own compositions at Chapel Arts in Cheltenham next Friday (October 8) at 7pm.

See the iconic tale that inspired the movie Frozen

Review: David Copperfield at the Barn Theatre in Cirencester

A modern take on an old-fashioned tale.

The Times and The Sunday Times Cheltenham Literature Festival 2021 is delighted to reveal a veritable feast of 200 free events and activities from 8 – 17 October.

The 2021-22 Cheltenham Concert Series opens at Cheltenham Town Hall in October with a performance by the Worcester-based English Symphony Orchestra.

A male voice choir from Wales will be taking to the stage for a charity performance in aid of local medical charity Cobalt.

Discover the Cotswolds with Treasure Trails

Visitors in pursuit of some beautiful autumnal walks in the Cotswolds can experience a new perspective of the heart of England with a fantastic, fun adventure trail.

It's full steam ahead for a fabulous food festival this Sunday (October 3) in the grounds of The Speech House Hotel, Coleford.

A sponsored countryside walk to raise funds for local medical charity Cobalt will take place on Sunday, October 10, in Nailsworth from 10am.

The cream of The Jam in the Cotswolds!

A Band Called Malice has taken the tribute world by storm in their quest to become the number one choice tribute act to The Jam.

Steam and diesel celebrate 40 years of the GWSR

Gloucestershire Warwickshire Steam Railway (GWSR) is rounding off its 40th anniversary celebrations with an ‘mixed traction’ Gala over the weekend of November 6-7.

The ELO Experience, who celebrate the great music of The Electric Light Orchestra, play Cheltenham Town Hall on Wednesday (September 29).

'Rat Pack of Opera' to perform in Stroud

Cirencester Theatre Company back with a bang

Voted Cirencester's creative champions last year, non-profit Cirencester Theatre Company are delighted to announce they're back with a bang this November.

The last remaining tickets for The Hooley, Giffords Circus 21st anniversary show and Circus Sauce restaurant are on sale now.

A new exhibition called 'Colour Conversations' featuring the work of Ruth Issett and Dorothy Tucker has opened at the Museum of the Park in Stroud.