Will the audience solve the murder mystery? 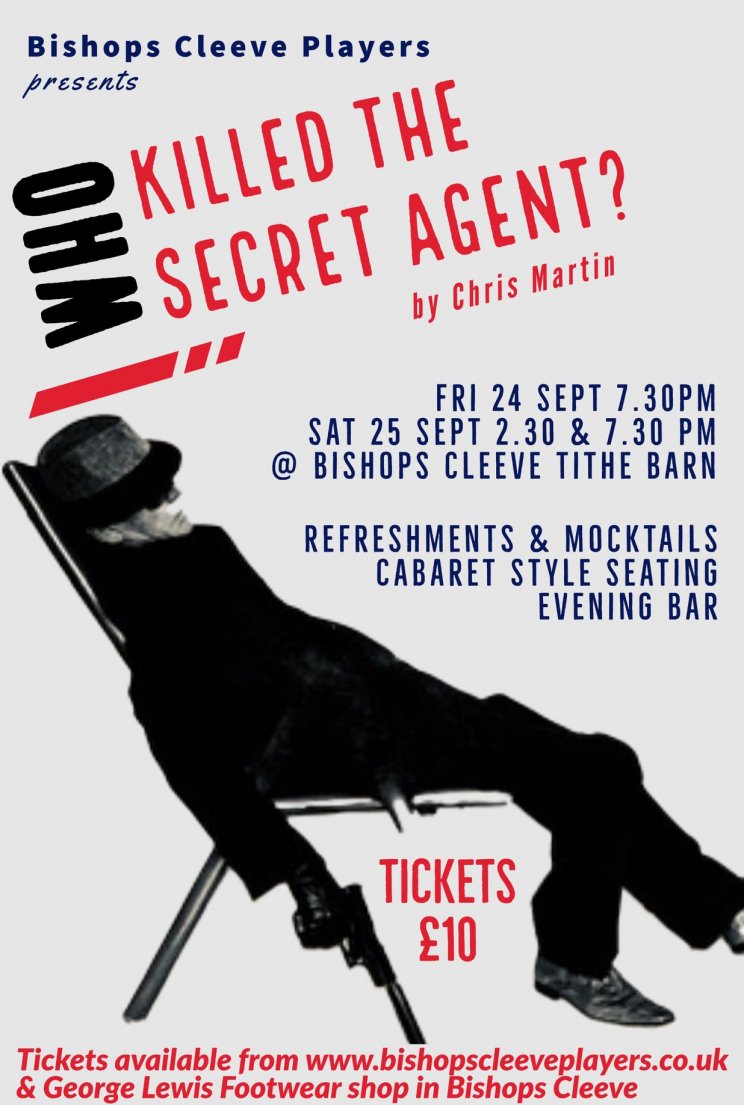 The Bishops Cleeve Players are eagerly anticipating their next production at the village's historic Tithe Barn in September.

Who Killed The Secret Agent? is a murder mystery play by Chris Martin full of fun (and laughs) and is a clever spoof on the golden age of Bond.

The action takes place inside P's office at the London HQ of the highly secret organisation MFI (the Ministry For Intelligence). It's 09:30 on the 23rd April, 1961. Only days previously, the Russian cosmonaut Uri Gagarin had become the first man in orbit, making a mockery of America's Space Race aspirations.

So now those at the very top of Government in the USA (and her allies) are demanding a swift response. The gloves are off! Enter special agent Marcus Moult-Lightly (Double O-M-G), the darling of the British Secret Service but is he as invincible as he thinks?

There is a quiz sheet and a 'Spot the James Bond film titles and songs' to solve and a prize for the team who solve the mystery most accurately.

There is cabaret-style seating, a full bar for evening shows and a selection of Mocktails for all performances.

Tickets are £10 and available from George Lewis Footwear in Bishops Cleeve.

Come along and enjoy some live entertainment within your local community!