We're into October and there is still plenty going on in and around Gloucestershire to keep you entertained this weekend.

1# Raise your glasses to brewery's Oktoberfest 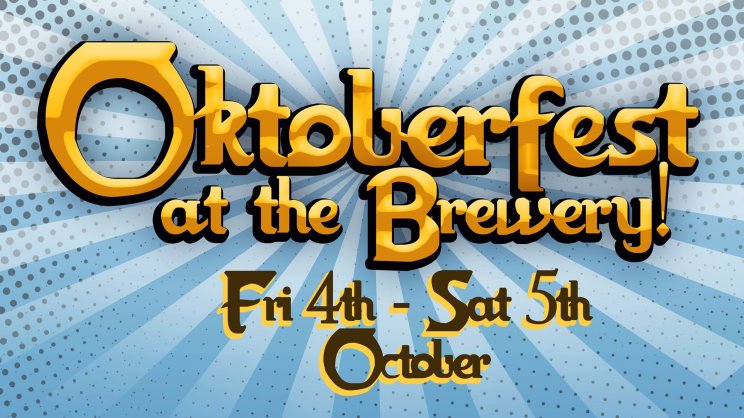 A brewery in the Forest of Dean is gearing up for its first Oktoberfest this weekend.

The Bespoke Brewing Co in Mitcheldean is stocking its bar with its very own Bespoke beer as well as a range of German beers (It is Oktoberfest after all!).

As well as the fully stocked bar to keep all drinkers happy, there will be some delicious food served up all weekend. There will also be a range of live music to keep punters entertained.

A spokeswoman for the brewery said that since the new owners had taken over the brewery a year ago, they had held one beer festival but this was their first Octoberfest.

"It's going to be a really good event," she said. "We've got a range of German beers and other beers and lagers as well as gin."

Entry to the festival is free - no tickets are required - and the first cask will be tapped tomorrow (Friday) at 2pm. 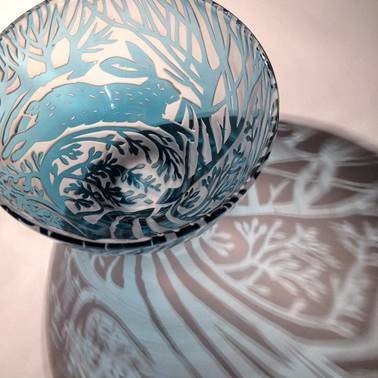 As part of The Times and Sunday Times Cheltenham Literature Festival, The Gloucestershire Guild of Craftsmen will be hosting a selling fair of exceptional contemporary crafts across all media by over 25 of its members.

Taking place at the beautiful The Gardens Gallery from 4 - 13 October, the show gives the public the opportunity to view, buy and commission handmade designs for the home and to wear.

The show will include many disciplines, such as furniture, metalwork, textiles, basket-making, ceramics, jewellery, paper craft and more.

Makers will be on hand to discuss their inspiration and creative practice. Some will also be demonstrating what they do. All works are available to purchase or commission.

Now a co-operative of over 80 practising makers, the Gloucestershire Guild is dedicated to promoting contemporary designer crafts of a very high standard, both functional and decorative. The Guild has a permanent gallery and retail outlet in Clarence Street, The Guild at 51. 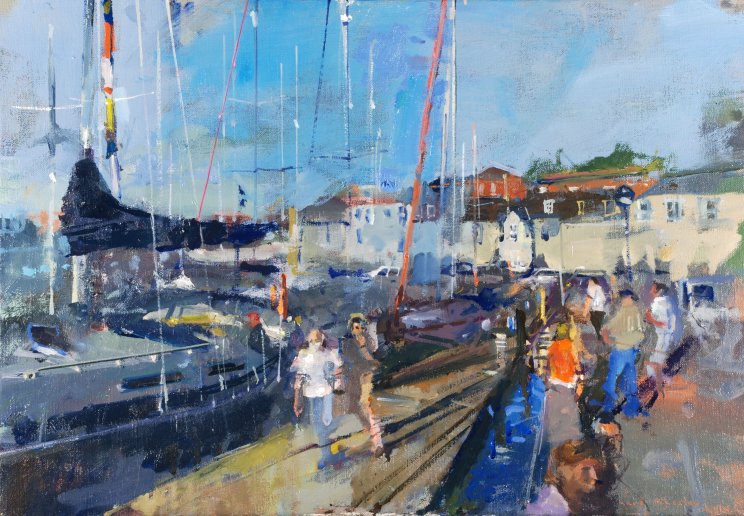 A new artist exhibiting at The Fosse Gallery in Stow-on-the-Wold is past president of The New English Art Club - Richard Pikesley.

Richard is having a one-man show of oils and watercolours from Sunday, October 6, to Saturday, October 26.

There will be around 40 works in the show and prices range from £500 to £4,000. The exhibition gives Richard the opportunity to show paintings from some of his travels both south and north of the globe as well as including pictures of the West Country landscape and coastal subjects that are central to what he does when he is closer to his home on the Dorset coast.

The show is a mixture of oils made on the spot 'en plein air', with some larger canvases worked in the studio as well as a few watercolours.

The complete exhibition can be viewed online at www.fossegallery.com. Opening hours are Monday-Saturday, 10.30am-5pm. 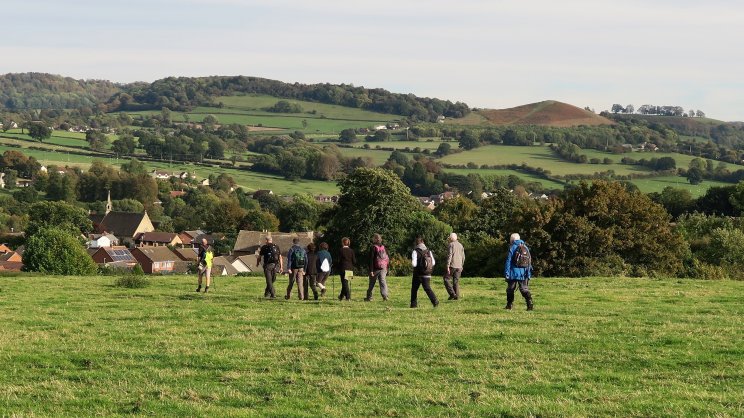 The eighth Dursley Walking Festival gets underway this week and this year organisers have some new ideas and activities as well as typical country walking to suit a range of abilities and interests.

Good use of public transport is made on some walks and for some walks the numbers are restricted and places have to be pre-booked.

Walks are free of charge but there will be costs for walks which involve public transport and/or entry to specific venues e.g. Slimbridge WWT and Woodchester Mansion.

New walks this year include Walk and Draw Art Walk, 'Exploring the Past + Spinning and Weaving Workshop for children of Primary School age, bookings required for this activity.

Another new walk for families is being arranged by the 1st Dursley Scout Group and a new route has been devised for the family Treasure Trail. Entry forms are already available and the competition will run through to October 6th.

Organisers are also pleased to say that we have another new walk entitled "5 Churches Walk" which will link the benefice churches of St James and St Mark's in Dursley, St Giles in Uley, Holy Cross in Owlpen and St Bartholomew's in Nympsfield with refreshments served in Nympsfield at the end of the walk. Free return transport to Dursley will be available. 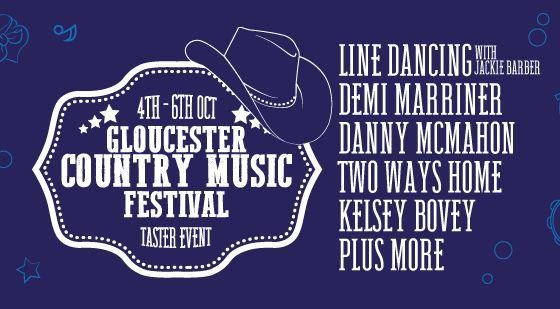 Some of the hottest country music stars in the UK will be gracing the stages of several of Gloucester's venues at a special weekend event in October.

The event, from Friday, October 4, to Sunday, October 6, will gauge the popularity of country music amongst live music fans in the region, before launching an expanded celebration of the genre in 2020.

Country music is one of the most popular types of music in the world and performers will be descending on Gloucester for the inaugural event.

With several number 1 records in the UK Country charts under his belt, he has been described as "The UK's answer to Keith Urban".

Two Ways Home are the London-based songwriters and folk-pop/alt-country duo: Isabella Mariee, originally from Vienna, Austria and Lewis Fowler, who grew up in Gloucestershire. They have been described as "...one of the leading acts on the UK country scene" by Entertainment Focus.

Other acts include Kelsey Bovey, Johnny Atkinson and Sallie Ward, Demi Marriner and Country Collective (formed from the most talented country singers in the whole of Gloucestershire). In addition to a host of live performances, there will be a line dancing session in The Fountain Inn.

Rumours of a flash mob line dance in the city centre are, as yet, unconfirmed...