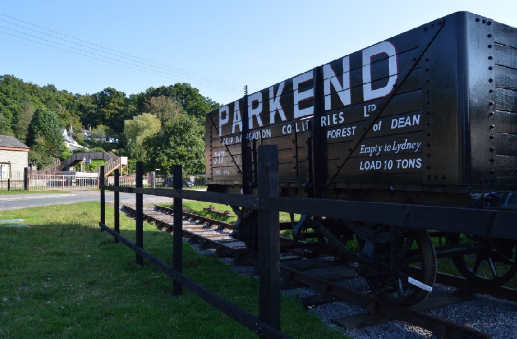 The recently re-opened Dean Forest Railway is appealing for volunteers in all sorts of roles.

The railway is operated almost entirely by volunteers, working members of the Society. Apart from the Wagoneers, there are the Monday Gang, the Signal and Telegraph Group, Permanent Way, Lineside, Dean Forest Locomotive Group, the DMU Group, Dean Forest Diesel Association, Carriage & Wagon and customer-facing roles in the shop, the museum and Whistles Café - not to mention firing and driving trains, working as crossing-keepers, guards, signallers and platform staff.

Dean Forest Railway's Parkend Wagon was rebuilt by volunteers from the Wagoneers group at the railway and then installed opposite Parkend station last summer.

Almost a year later the railway has re-opened (again!) under Covid safety conditions and the valley echoes once more with steam locomotives puffing and whistling beside the River Lyd. 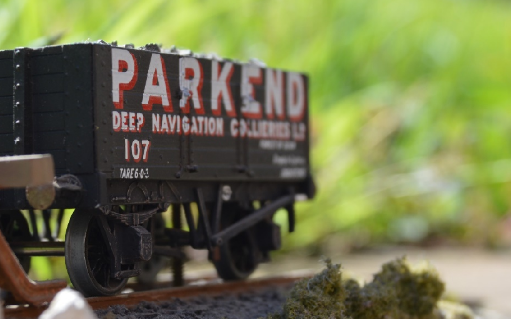 A combination of woodworking, metal and engineering skills by the DFR's 'Wagoneers' group returned the Parkend Colliery wagon to life. It stands as a memento to the DFR's origins with their first public steaming in 1971 on a short length of track in a village which so epitomises the Royal Forest's industrial history.

"With some major projects on the close horizon we will welcome and have roles for everyone - from people who already have relevant skills and trades, to those with enthusiasm and commitment to learn - there's a role for everyone, male, female, young, old, at the Dean Forest Railway."

The DFRS is a registered charity. Its main purpose is to support the railway by raising funds and by guiding members in running a railway to professional standards.

Alastair Clarke, chair of the society's board of trustees and the company's director of operations, said: "We are now operating our full timetable and coping very well with the social restrictions imposed by the Covid pandemic.

"Everybody is so pleased to be back running trains for our visitors. Apart from celebrating the industrial history of the Royal Forest - and the Severn and Wye Railway - it's why we exist!

"If you'd like to join us and help run the railway in any role, please email Wayne Crowley on volunteering@deanforestrailway.co.uk ." 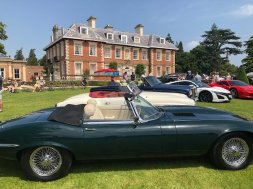 With over 250 classic cars and trucks on show, this Sunday’s Pied Piper Appeal charity event at Highnam Court, near Gloucester, promises to be a great day for all.

Saddle up for charity Sportive 2021

Gloucestershire children’s charity the Pied Piper Appeal has partnered with the Gloucester Rugby Foundation to bring you an all new Sportive for 2021, benefitting both charities.