Dire Streets perfectly capture the distinctive, authentic sound of one of the biggest guitar bands of all time.

Dire Straits were one of the major guitar-based bands of the late 70s and 80s. Despite forming at the height of Punk, front man Mark Knopfler's distinctive guitar picking style gave the band an alternative and instantly recognisable sound. 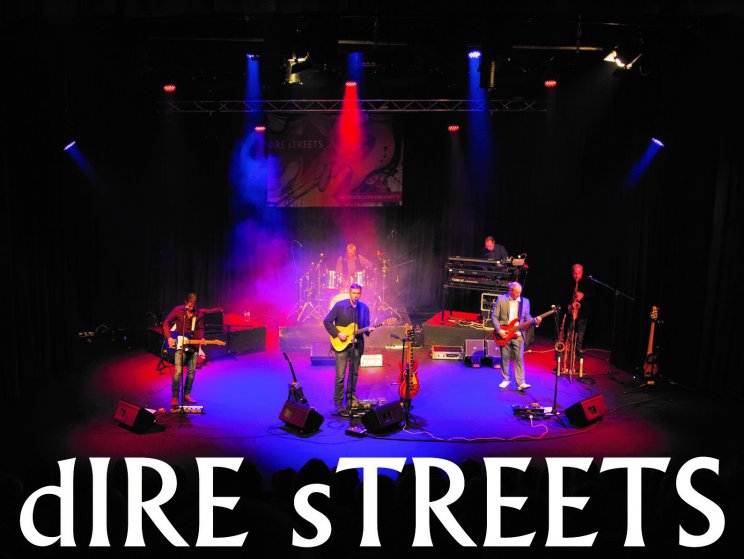 The band reached its peak in the mid 80s playing larger venues including a memorable slot at Live Aid. So far record sales have reached over 100 million worldwide and Knopfler is still widely regarded as one of the finest guitarists and songwriters this country has produced.

Dire Streets cover tracks from early classics like Sultans of Swing and Lady Writer, through to the mega-hits of the 80s and Brothers in Arms, taking in all the classic album and live versions from the legendary Alchemy, Live Aid and Mandela concerts.