The hotly-anticipated show - The Ultimate Boyband Party Show - is ready to body roll into Tewkesbury, on Saturday 9th April.

So put in that hair mascara, load up on the glitter, put on your favourite KicKers and head down to the Roses Theatre. 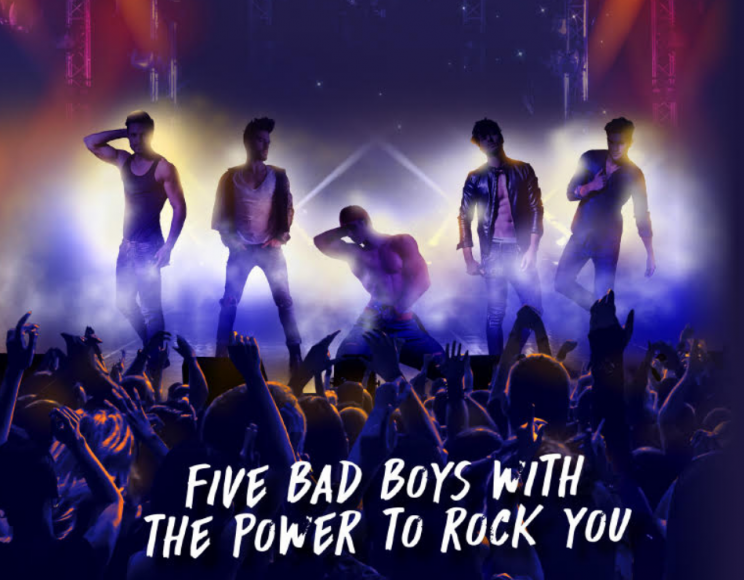 From the producers of the hit stage production Queenz - which is taking the UK by storm -The Ultimate Boyband Party Show is the perfect chance to relive the most exciting party decade in 2022.

With combined sales of more than 500 million, The Ultimate Boyband Party Show will transport you to the naughty 90s with five band boys with the power to 'Rock You'... and this time they're back for good!

David, producer of the show said:"Growing up in the 90s it's fair to say Boybands were a big part of my youth, listening to them on our cassette players, watching their videos on MTV and singing their songs with my best pals after school.

These hunks will perform more than 30 number one hits from all your favourite boy bands including Take That, Backstreet Boys, Boyzone, Westlife and many more.

Drenched in Joop after-shave and with more cheeky changes than a Casio PT-50, our boys will be body-poppin' to party classics such as Backstreet Back, Relight My Fire and Uptown Girl.

Get ready to scream as these sexy, open-shirt stud muffins step up from their stools one more time to serenade you with ballads such as Flying Without Wings, A Million Love Songs and many more.

David encourages people to come and see the show to remember a time when life was a little more carefree.He added: "At a time when the world is a little too serious, I think there really is no better answer than a night out with your old friends, alcho-pops and awful outfits at the ready and screaming your face off to those songs you know every word to!

"We know the audience is going to go wild for this show and we simply can't wait to get that party started!"

So, what are you waiting for? Pop on your Kangol hat, crop top and cargo pants, dust off your Nokia 8210 and call your crew as we say 'Everyone Get Up' for a night out you'll never forget!

This show is not affiliated with the original artists in any way.