The men who broke the bank and lost the cargo are back!

Comedy duo Miles Jupp and Justin Edwards are set to reunite and embark on a tour of the classic Ealing Comedy, The Lavender Hill Mob.

The production has its world premiere at The Everyman Theatre in Cheltenham from 13th October, before touring the UK.

Based on the screenplay by T.E.B. Clarke, the Lavender Hill Mob is adapted for the stage by Phil Porter and directed by Jeremy Sams, 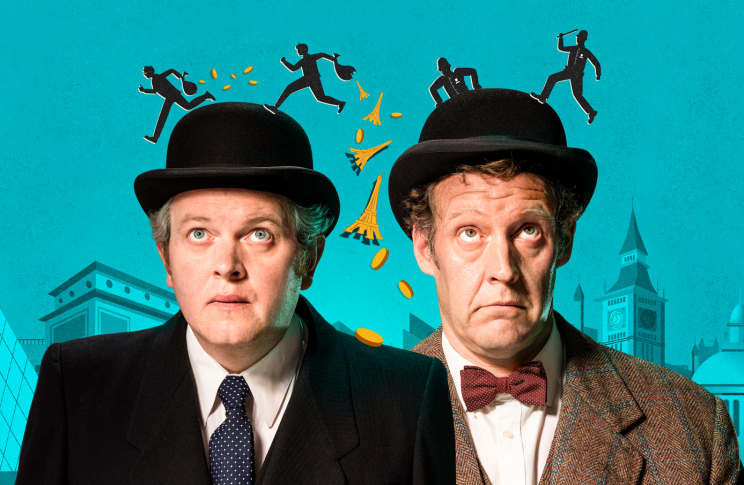 Miles Jupp said: "I loved the Lavender Hill Mob when I first saw it, I love Phil Porter's ingenious adaptation of it, I've loved every Jeremy Sams production I've seen and I love working with Justin Edwards.

"I absolutely love being part of an ensemble onstage, and I've loved doing nearly every play I've been in. Additionally, the producers appear to be honest. I can really see no reason not to turn up on time, and put the hours in."

The much-loved film was released in 1951, directed by Charles Crichton, and starring Alec Guinness, Stanley Holloway and Sid James, as well as Audrey Hepburn in one of her earliest screen appearances. It was ranked by the BFI as one of the greatest British Films of all time and was restored and re-released in UK cinemas in 2011 for its sixtieth anniversary.

Come and see one of the "greatest British films of all time" (BFI) brought to life on stage in Cheltenham by Olivier-nominated playwright Phil Porter, directed by Tony and Olivier-nominated Jeremy Sams and starring acclaimed comic actors Miles Jupp and Justin Edwards.

This side-splittingly funny, fast-paced comedy tells the story of Henry Holland, an unassuming bank clerk who dreams of stealing the van full of gold bullion he drives across London each day. When Henry learns that his new lodger makes Eiffel Tower paperweights out of lead, he devises a plan to make his dream a reality. It's a golden opportunity to pull off the crime of the century, they'd have to be fools to mess it up ...

Come and rediscover this much-loved classic in this brand-new stage play that promises to be the most fun night out of the year!