The life and music of Carole King coming to Cheltenham

Get ready to 'Feel The Earth Move' as a brand-new production of the award-winning West End and Broadway show, 'Beautiful -The Carole King Musical', comes to Cheltenham next week.

The show tells the story of the singer and songwriter's rise to become a chart-topping music legend, and promises to take audiences back to the heart of Carole's landmark 1971 album 'Tapestry', which held its place in the charts for nearly six years. 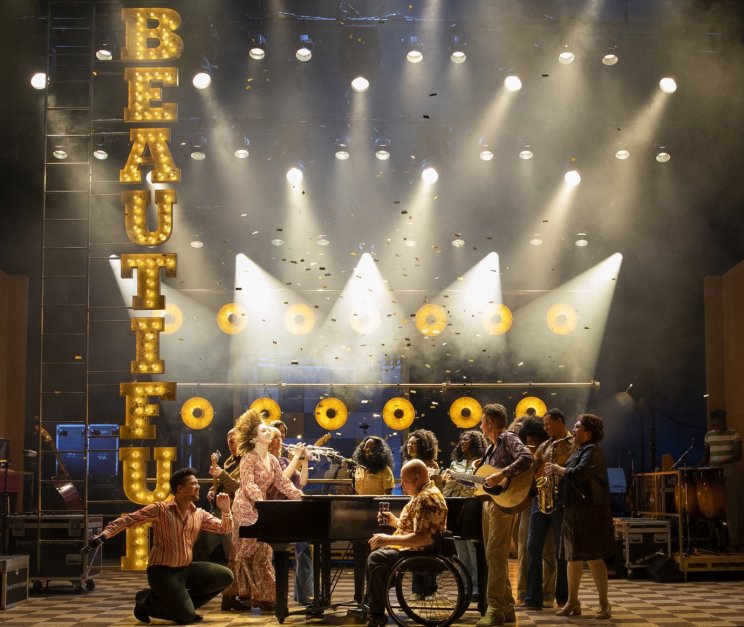 The musical has been touring the UK since the beginning of the year, and has so far received rave reviews.

The staging by Leicester Curve, Theatre Royal Bath Productions and Mayflower Theatre Southampton comes to the Everyman Theatre from Tuesday 8th November - Saturday 12th November, and will feature Molly-Grace Cutler as music legend Carole King, whose remarkable rise from schoolgirl singer/songwriter to chart-topping music legend is brought beautifully to life in the show.

The production features countless King classics from '(You Make Me Feel Like) A Natural Woman', 'Take Good Care of My Baby', 'You've Got a Friend' and 'So Far Away' to 'It Might as Well Rain Until September' and 'Up on the Roof', along with 'The Locomotion', famously recorded by King's former babysitter, Little Eva.

Details of tickets for 'Beautiful - the Carole King Musical' at The Everyman Theatre are available at https://www.everymantheatre.org.uk/shows/beautiful-the-carole-king-musical/  or by calling the box office on 01242 572573.

Prices start at £22.00, with a new matinee performance added for Wednesday 9th November