On December 4th and 5th, load up your sleigh and head to the cinema for André Rieu's: Christmas with André. 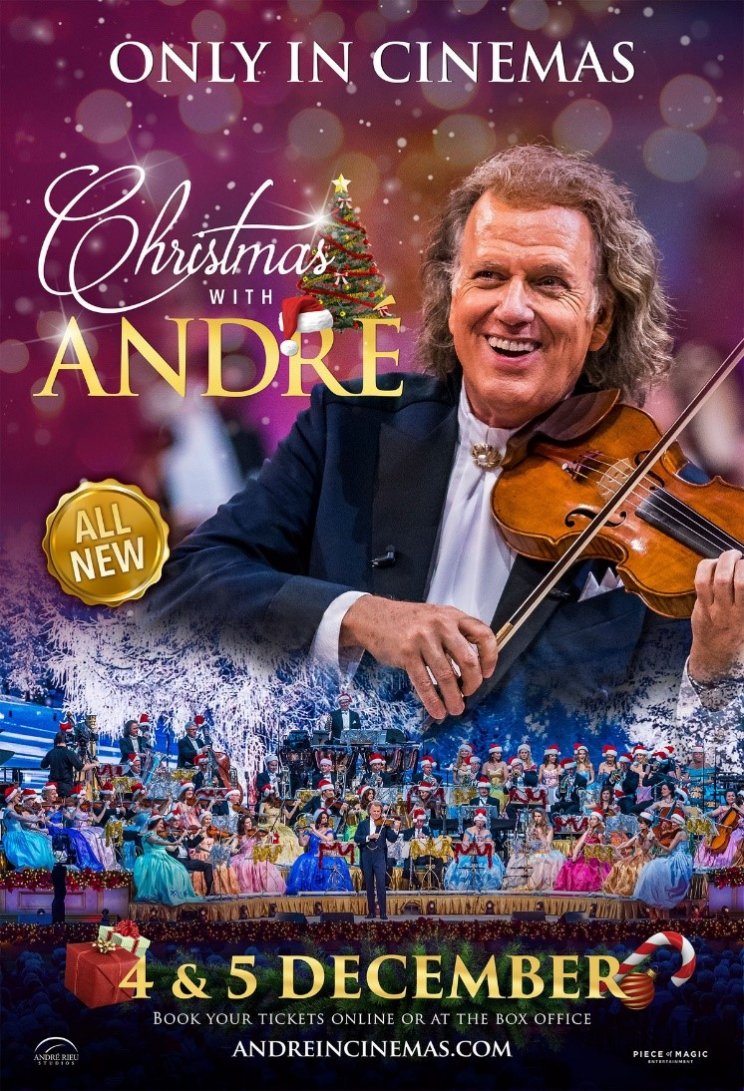 Exclusive and brand new for cinemas, this is a festive spectacular like no other as André invites you to his newly created Winter Palace in his hometown of Maastricht.

Featuring a cast of hundreds, including his much-loved Johann Strauss Orchestra, alongside the magnificent Maastricht Dance & Ice Skate Company for good measure, the Winter Palace is also host to 150 dazzling chandeliers and 50 Venetian candelabras!

André will perform under snowfall and magnificent Christmas lights, and will be joined by his orchestra and dancers, as well as guest sopranos Donij van Doorn and Anna Majchrzak, the Platin Tenors and The Golden Voices of Gospel.

The concert is being shown for one weekend only in over 500 cinemas across the UK, including Cineworld Gloucester Quays, Cineworld Cheltenham, Vue Stroud, Tivoli Cheltenham and The Roses, Tewkesbury (Monday, December 6).

Christmas With André promises to be a festive highlight of 2021. Select encore screenings will take place throughout December.

André Rieu said: "Christmas is my favourite time of the year, and nothing could be better than spending it with my friends, family and fans in my hometown. I want to invite my cinema audiences on this beautiful journey to my Christmas wonderland."

Hosted by Charlotte Hawkins, cinemas audiences will also enjoy exclusive backstage access, alongside new interviews with André revealing how he brought his Winter Palace to life!

Affectionately dubbed 'the King of the Waltz' by fans in all corners of the globe, André Rieu is undoubtedly one of the biggest classical artists in the world, having sold over 40 million records worldwide, and selling over 700,000 tickets each year, as well as his annual Maastricht cinema shows repeatedly breaking box office records year after year.