Still a chance to catch The Scarlet Pimpernel!

A Gloucestershire-based theatre company which has been touring the county this summer with outdoor productions of its take on The Scarlet Pimpernel has just two more shows to go. 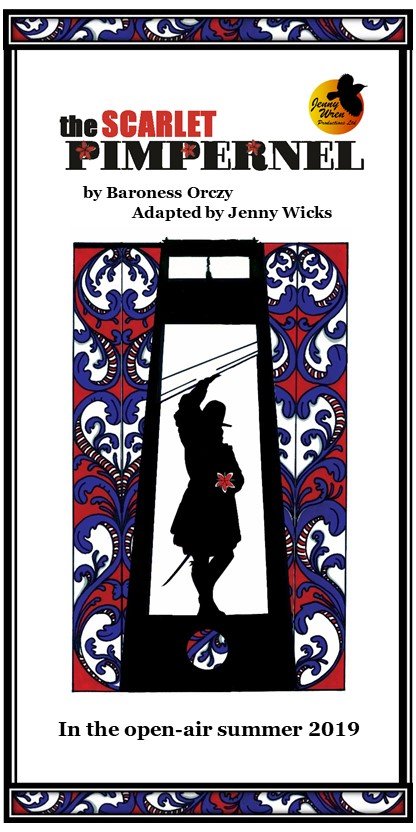 The Scarlet Pimpernel, written by Baroness Orczy and adapted by Jenny Wicks, has been entertaining audiences across Gloucestershire and beyond this summer.

It's 1792 and France is deep in the throes of revolution. The aristocracy are holding out for a hero, and one swoops in from across the Channel.

A tale of England and France, of rich and poor, of divided loyalties and of a mysterious hero saving French nobles from the guillotine - just for fun!

A small troupe of actors adopt a variety of disguises, accents and probably some beards, as Baroness Orczy's classic adventure story gets the Jenny Wren treatment.

The penultimate production of the season is indoors at the Parabola Arts Centre in Cheltenham on Saturday, Sepetember 7, at 2.30pm, while the final performance is at The Elms School in Colwall, near Malvern, on Friday, September 13, at 6.30pm.

The box office for both shows is at the Everyman Theatre in Cheltenham.

Many of Jenny Wren's projects have been funded by Arts Council England and with others the company has raised money for charities including the Pied Piper Appeal at Gloucester Hospital and the Cystic Fibrosis Trust.