The Cotswold Savoyards are preparing to put on the timeless classic Oliver! at the Everyman in Cheltenham next week...and they've had a visit from a very special well-wisher.

The heart-warming musical brings to life the work of Charles Dickens and his famous novel Oliver Twist with music and lyrics by Lionel Bart. 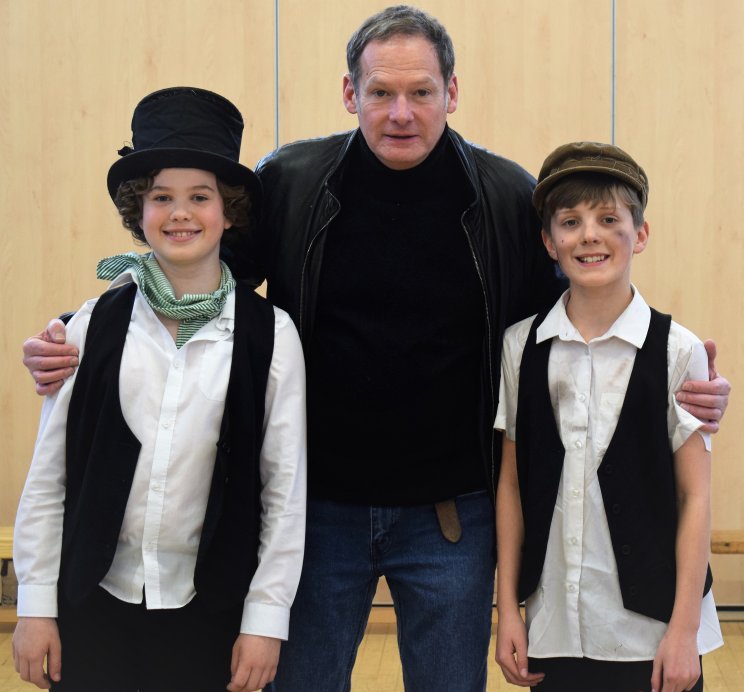 Oliver! first premiered on the West End in 1960 and then became a six Academy Award winning film adaptation in 1968 with Mark Lester playing the part as Oliver.

The Savoyards were extremely excited and honoured to welcome Mark, now a Cheltenham resident, to a rehearsal where he 'Considered himself one of us' and had one or two of his pockets picked by our Street Urchins! They had a 'Fine, Fine' night and hope that he'll 'be back soon'!

The story of Oliver! follows the nine-year-old half-starved orphan as he plucks up the courage to ask for 'some more' from the greedy caretaker of the workhouse, Mr Bumble. 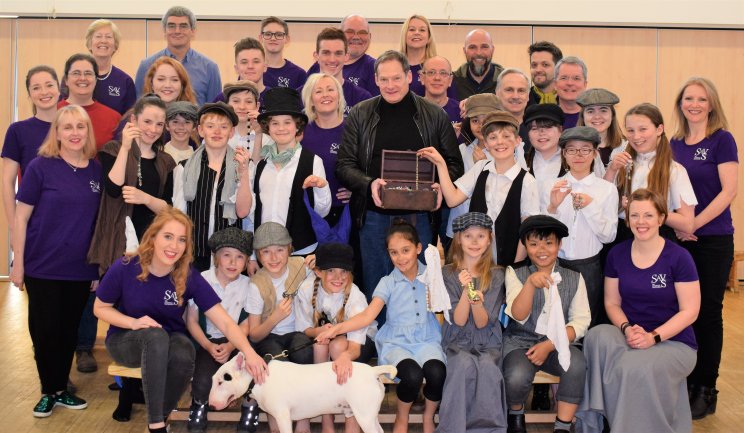 After being sold to the Sowerberry's as a junior coffin follower, he finally makes his escape to London and falls in with a group of street-urchin pick pockets led by the Artful Dodger and masterminded by the villain Fagin.

The show will have you on the edge of your seat right to the very end. We defy you not to be tapping your toes to Lionel Bart's captivating and enchanting score of songs including, Food Glorious Food, Consider Yourself, Pick a Pocket or Two, As Long as He Needs Me, Oom Pah Pah and many more.

"Oliver! was the first musical that I ever saw as a child and Nancy was the first part I ever wanted to play," says Catrin Rod, who has been cast to play the leading lady role of Nancy.

"Having this opportunity to star as Nancy at the wonderful Everyman Theatre, alongside such a talented cast is like a dream come true!"

Tickets have been selling fast for the six-show run at the Everyman but some tickets are still available.

For more information and to book tickets, go to https://www.everymantheatre.org.uk/m-shows/oliver-2/