On Wednesday, the Barn Theatre announced that their production of Patrick Barlow's Ben Hur, and all future performances including the world premiere of Vicki Berwick's stage adaptation of Morpurgo's The Mozart Question, would be postponed until further notice due to the Government guidelines around Covid-19 and in response to the Prime Minister's statement. 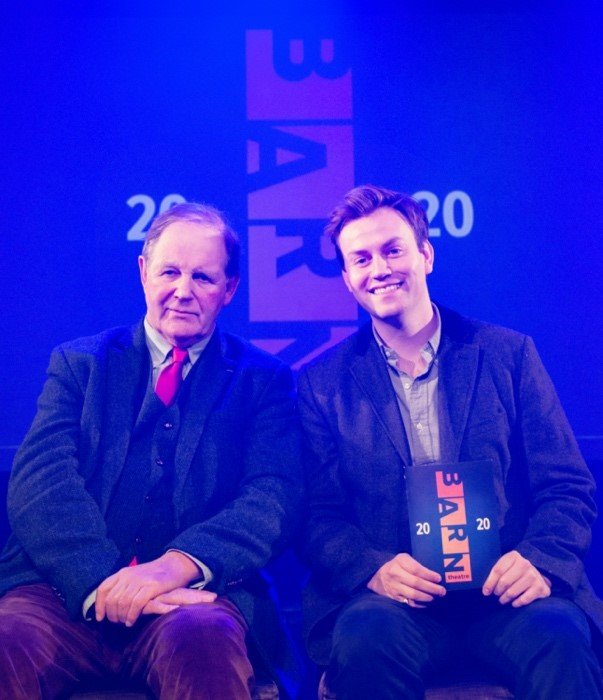 Morpurgo, who is already a significant supporter of the Barn Theatre, said: "So, all theatres are closing. The wonderful Barn as well. And if we do not do something about it, the Barn may never open again.

"This brave little theatre has in just a short time become the cultural hub of Cirencester. Productions have always been varied, inventive, entertaining, dazzling, with wonderful theatre for everyone.

"I was there when the new season was launched, every play extraordinary in its own way. I remember how brilliant was the adaptation last year of my book The Butterfly Lion, and this season it was going to be a new play by a young writer, Vicki Berwick, of The Mozart Question. Typical of the Barn it was to be a play made by new young talent.

"But that play and all the others are now on hold. A season cut so tragically short will cost about £250,000. So we need your help now, to keep your theatre going until we can open the doors to you all again. The show must go on! Please help it to happen."

Since launching in 2018, the Barn Theatre has gained national recognition by producing 12 Built By Barn shows to upwards of 80,000 audience members and being awarded The Stage Awards' Best Fringe Theatre of the Year Award 2019.

Their contribution to the local community stretches further than just the theatre with large scale outreach programmes, school workshops and collaborative projects around the centenary of the First World War, the 'record-breaking' Cirencester Human Poppy, and The Cirencester Advent Festival that have enhanced the well-being of the community and draw thousands of visitors to the town.

The theatre has also worked extensively with disadvantaged communities working with charities such as Cirencester Housing for Young People (CHYP) and Age UK Gloucestershire.

The Barn Theatre (registered charity no. 1174253) have launched a donations campaign, Save Our Barn, via their website and social media platforms.