Seasick Steve to perform in Gloucester

The appearance forms part of Gloucester Guildhall's Live at Llanthony series which sees headline performances from major artists in the beautiful surroundings of the Priory's Gardens. 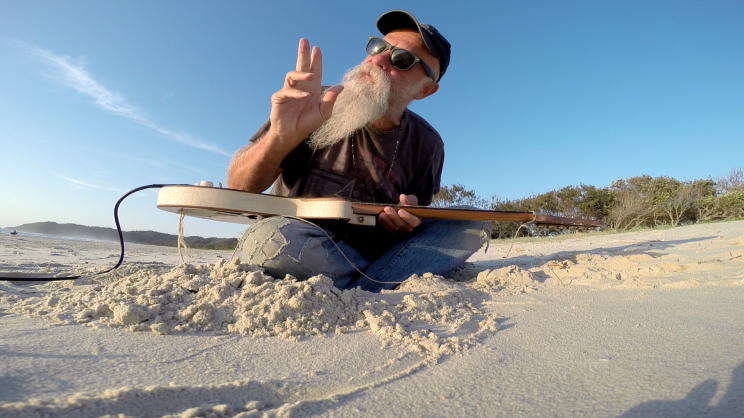 With a support bill of emerging and local artists, the events have an intimate festival feel, promising truly unique performances in one of Gloucester's finest locations.

Seasick Steve has come a very long way in the 15 years since he burst into the public consciousness with his amazingly raw, powerful and emotional performances on TV, becoming a household name overnight.

It is those astonishing and engaging live performances that have turned Steve and drummer Dan Magnusson into such a powerful force both Iive and on record (selling over 1m albums), and selling out venues all over the world in the process.

Steve is having the time of his life, and it's the energy of putting new songs on record and the electricity of playing live that continue to drive him. He just keeps winning fans everywhere he goes.

Steve had a busy 2021, releasing two albums (the rocking 'Love & Peace', and the acoustic 'Blues in Mono'), managing to play a few festivals including the Isle of Wight, and also touring the UK in the Autumn with a very special, intimate one-man show which packed audiences back into theatres such as the London Palladium.

Steve said: "I live in the world of going out and rocking, you know. We do our best, every night. If someone has taken the trouble to spend their money to come and see us play, then we owe them to deliver. They're my boss!"

He added: "We rock. That's what we do. When I see a club full of people, or a field full of people, they're just with us and ready to get down in the mud (sometimes real mud!). We love it, and we love them."

Tickets for Seasick Steve are available from Gloucester Guildhall box office on 01452 503050, via gloucesterguildhall.co.uk  or seetickets.com