Saturday sell-out at the Air Tattoo

Upholding its reputation of being one of the summer's must-see events, Saturday tickets for the Royal International Air Tattoo have now sold out.

The three-day event (July 19-21) based at RAF Fairford in Gloucestershire, will host aircraft displays from over 28 military air arms and more than 20 different nations; rivalling last year's hugely popular event which welcomed 185,000 visitors to celebrate the Royal Air Force's centenary.

Head of marketing Helen Webb said: "It's great that so many people who visited for the first time last year have bought tickets again and the Saturday of the Air Tattoo has sold out faster than in 2018. 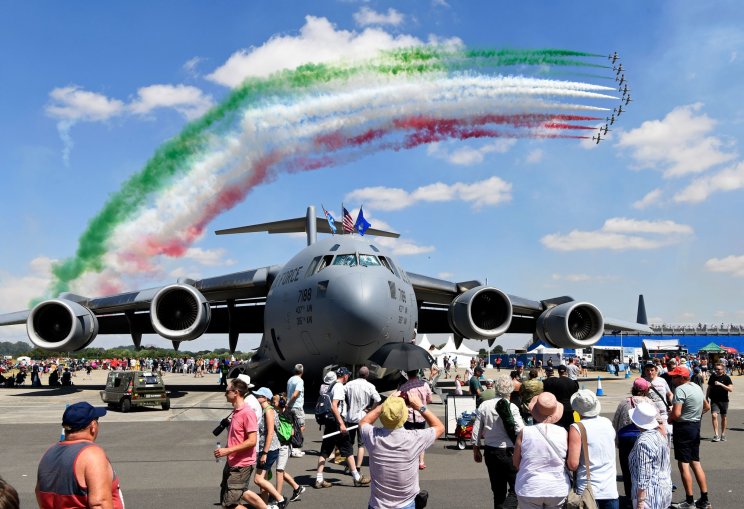 "Both Friday 19 and Sunday 21 July still have some availability, but we anticipate these will also be sold out before the event. If people want to see the world's best aircraft and pilots, they really need to book their tickets as soon as possible."

Visitors on Friday will be able to enjoy a special 70th anniversary flypast from operational aircraft in NATO member nations.

There will also be a variety of aircraft on the ground for close-up viewing.

In addition to showcasing aircraft from across the globe, this year, the airshow is turning its spotlight to space to celebrate 50 years since the first moon landing.

The airshow's theme, Air and Space: Inspiring the Next Generation Air Force looks at some of the exciting ways organisations are reaching out into space and has attracted a whole universe of innovative exhibitors, including Lockheed Martin, BAE Systems and British astronaut Major Tim Peake who will be visiting for the first time.

Fun for all the family, the Air Tattoo is also home to its critically-acclaimed Techno Zone®, which among exciting exhibits designed to stimulate young minds, will host a planetarium show and a full-scale ExoMars rover prototype.