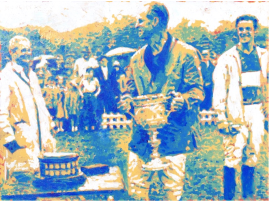 Cirencester Park Polo Club are honouring HRH The Duke of Edinburgh with an art auction on August 14th. Proceeds will go to the late prince's charity, the D of E Award.

The 'Polo Icons' Collection is an ongoing portfolio of paintings by Jeremy Houghton, depicting some of the greatest players who have graced the turf at Cirencester Park Polo Club - the oldest polo club in the world.

Amongst these players were some of the most influential royal figures during the last 100 years, including George V&VI, Edward VIII, the Maharajas of Jaipur & Jodhpur, the Sultan of Brunei and the current British Royal Family.

To honour the late HRH The Duke of Edinburgh, the club asked their artist-in-residence, Jeremy Houghton, to create a memoir painting. The painting depicts His Royal Highness being awarded with the Warwickshire Cup, a tournament which has taken place at Cirencester Park Polo Club for nearly a century. 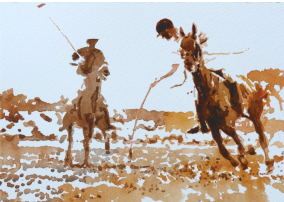 The commissioned painting is extremely sought after due to its significance and the day of the auction is due to be as royally significant with a retirement demonstration from the Queen's pony, Whalton Highwayman, ridden by Kinvara Garner.

Although the day is open to everyone, the club highly recommends booking into the VIP Luncheon (invitation below) for a truly royal day.

There will be an arrival champagne reception at 11:45, within the Art Collection Exhibition Marquee - where all of Jeremy's fantastic art will be on display. The Exhibition Marquee only has permitted access to guests of the luncheon, meaning they are able to view and enjoy the art privately on the day.

At 12:15, within the Ivy Lodge Marquee guests can then sit down and enjoy their beautifully prepared food by Relish, one of the top caterers in Gloucestershire, ahead of the auction.

The very exciting and exclusive to ticket holders auction then begins at 13:30 within the Art Collection Exhibition Marquee for the adored painting of HRH The Duke of Edinburgh by Jeremy Houghton. 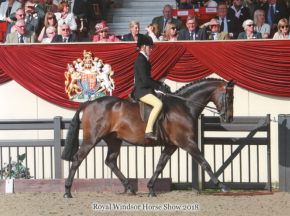 From 14:00 there will be a gala display by Kinvara Garner riding HM The Queen's pony Whalton Highwayman.

At 14:30 will be the thrilling Glion County Cup final with a prize giving presentation afterwards.

At 16:00, there will be afternoon tea followed by the Glion County Cup subsidiary final The Neil Haig Cup.

There will be a prize giving presentation at 18:00, followed by an after party at the Ivy Lodge Clubhouse. Los Cojones will be performing.

The dress code is smart and tickets cost £90 per head. Those wishing to attend are asked to RSVP jo@cirencesterpolo.co.uk by Monday August 9th.