The Roses has delivered another 'Christmas Crocker cracker' with its fun-packed, fast-moving, song-and-dance festive pantomime Aladdin.

From start to finish, the action had the audience enthralled with a cast of colourful characters at the top of their game.

The panto begins with a clever little video of the evil Abanazar (Benedict Martin) searching the streets of Tewkesbury for the fabled magic lamp and, once he stumbles upon the Roses Theatre, he makes a grand entry and the live action really takes off. 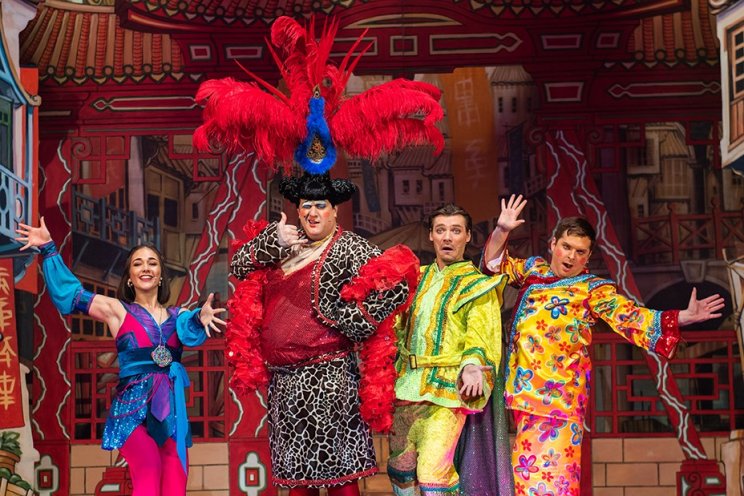 We're soon transported from Tewkesbury to Peking where we meet Aladdin (James Squire) and his family - his mother Widow Twankey (Ben Eagle) and brother Wishee-Washee (Michael Watson-Gray) and his quirky Granny (Sophie Adams). 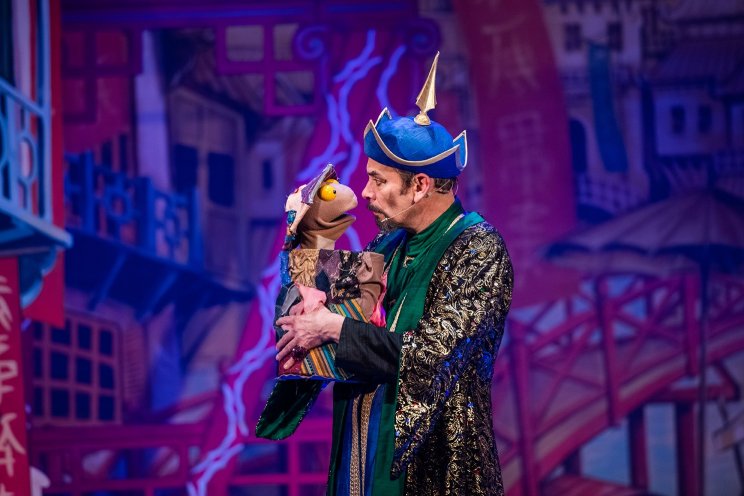 It's not long before Aladdin falls in love with the beautiful Princess Jasmine (Esme Rothero) - much to the disdain of Jasmine's mother the Empress of China (Margaret Preece) - and their romance looks set to be quashed by Abanazar who has come to Peking in search of Aladdin as only he can find the magic lamp Abanazar so desires.

Pretending to be Aladdin's uncle, Abanazar persuades him to come on a long trip in search of the lamp. When Aladdin eventually finds the treasured lamp we are introduced to the ditsy Genie of the Lamp (Sophie Adams) who can grant any of his wishes.

But, as you might expect, things aren't all that straightforward and it isn't long before Abanazar takes possession of the lamp until it is finally restored to its rightful owner and all's well that ends well. 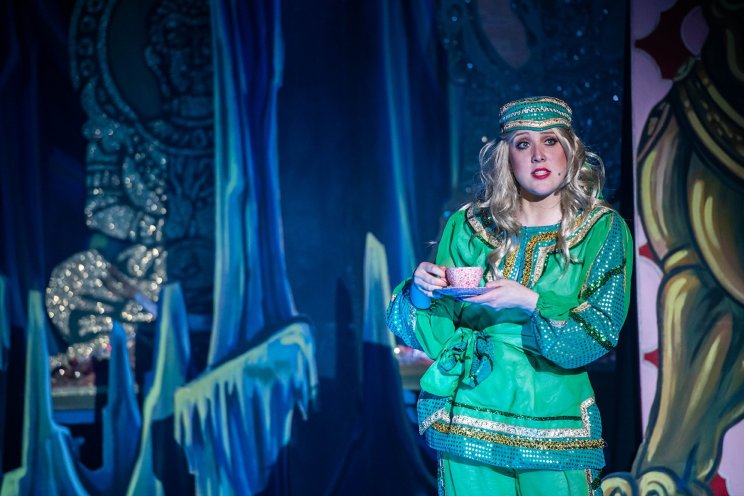 Prolific writer and director Ben Crocker - who has been responsible for the Roses panto for the past eight years - deserves immense credit for coming up with yet another winner. Not only for the sharp script and the one-liners, along with the general tomfoolery on stage, but for the song choices. I particularly enjoyed the marry up of Someone You Loved and Be Back Soon, and also the terrifically comic rendition of Tubthumping.

Stand-out performances came, not surprisingly, from Ben Eagle who is back at the Roses for his fourth consecutive panto, playing Widow Twankey in glorious technicolour with a larger-than-life performance of the all-important pantomime Dame. 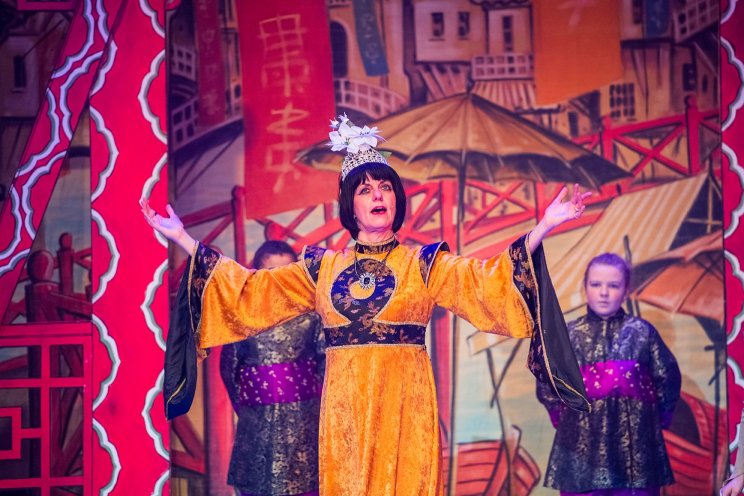 Benedict Martin struck just the right tone as Abanazar, once again playing the pantomime baddy in deliciously nasty fashion, relishing all the boos and hisses.

Interestingly, the romantic leads were both played by two relative newcomers making their professional debuts. James Squire was wholehearted as Aladdin while Esme Rothero really caught the eye as Princess Jasmine, totally owning the part and displaying a lovely singing voice too.

Sophie Adams was a really fun Genie of the Lamp and special mention must also go to Margaret Preece who, as the Empress of China, displayed beautiful diction in everything she said and also an operatic voice that reached the high notes with ease.