A concert displaying the spiritual side of jazz legend Duke Ellington is being performed at Christ Church, Cheltenham, on Saturday, November 23. 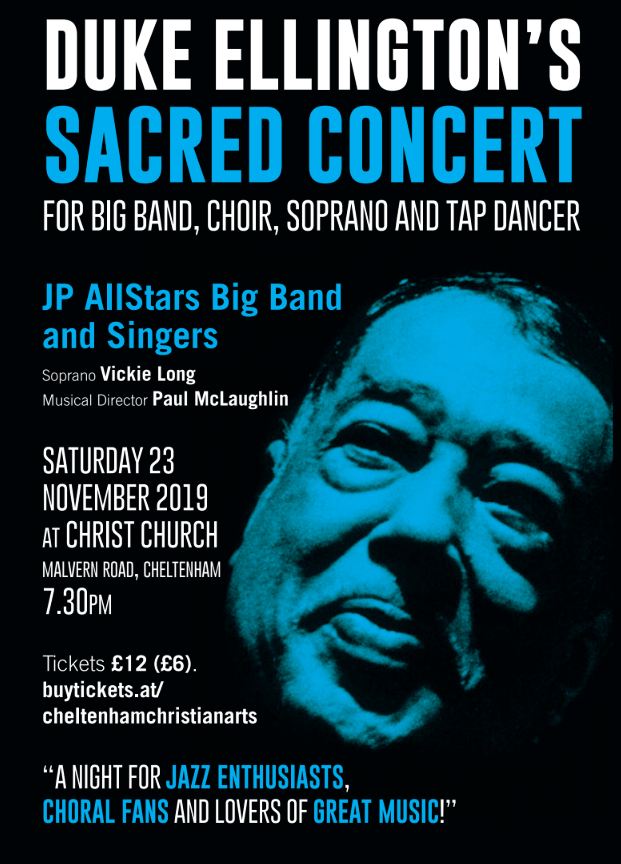 Not many people know that the American composer, pianist, and long-time leader of a jazz orchestra was a man with a living Christian faith.

Ellington, who died in 1974, was a musical force of great power and tender devotion. Although very well known for his popular song and big band style pieces, Ellington, unusually for jazz musicians of his generation, was exposed to opera and other classical music at home.

His three Sacred Concerts of the 1960s and early 70s show both his great skill in creating longer suites of music, as well as illustrating his lifelong spirituality.

He once described his Sacred Concerts as "the most important thing I have ever done".

This is a night for jazz enthusiasts, choral fans and lovers of great music. Bringing The Cotton Club to church!

Tickets are £12 (£6 under 18s and students) on the door or in advance via buytickets.at/cheltenhamchristianarts