Players step back to the 1920s for spy thriller 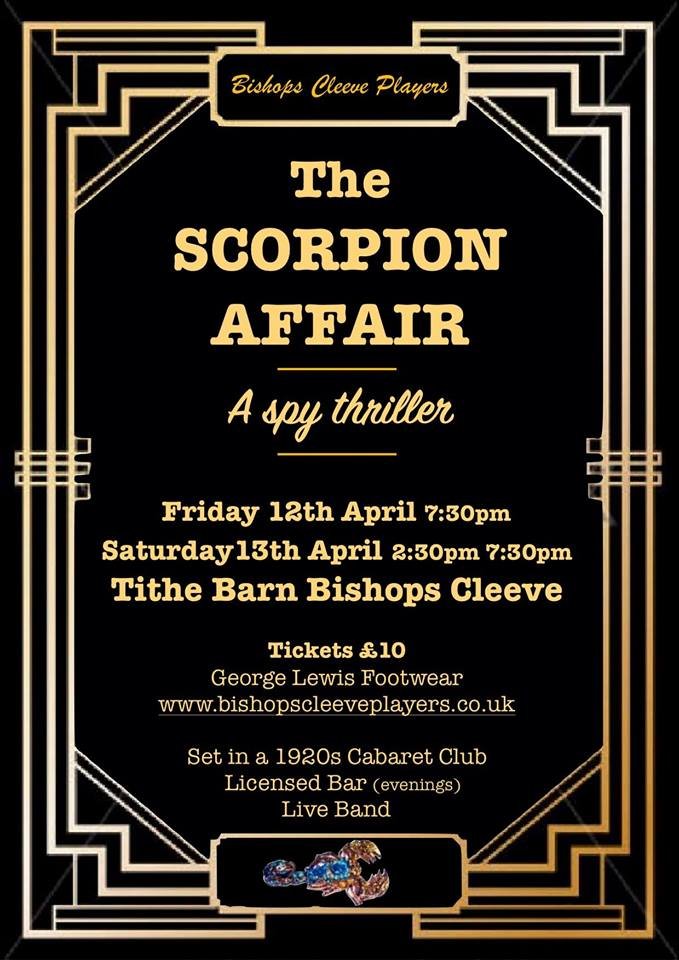 Bishops Cleeve Players are all set to present a spy thriller at the village's Tithe Barn next weekend.

The Scorpion Affair, written and directed by local woman Sandy Newman, is a spy thriller set in a London Cabaret Club in 1920s Soho.

The Stradivari Club is being used to smuggle diamonds and the newly formed MI6 are determined to catch the Russian perpetrators. MI6 have not, however, uncovered the fact that there is a spy at the club and when one of the characters is murdered they have no idea who might be the murderer.

The cast of 14 play a variety of nationalities, supported by a wonderful backstage crew.

The auditorium will be set out as a cabaret club with live music of the period from local band 'Rhythm Strings'.

There will be a licensed bar for the evenings but non-alcoholic cocktails will be available for all the performances. Why not join in with the 1920s atmosphere and dress for the occasion - optional of course.

Tickets are £10 and available from George Lewis Footwear in Bishops Cleeve or online at www.bishopscleeveplayers.co.uk