The stunning grounds of Pittville Pump Room will be transformed into an all-American 'Stars and Stripes' weekend to commemorate the 80th anniversary of American forces arriving at the pump room and transforming it into a military base.

The festival which takes place on Saturday 25 and Sunday 26 June, is free to attend and visitors will be transported back to the 1940s and 50s with live music, classic cars, food and drink, entertainment, vintage and artisan shopping, vintage hair salon, dance lessons and dancing. 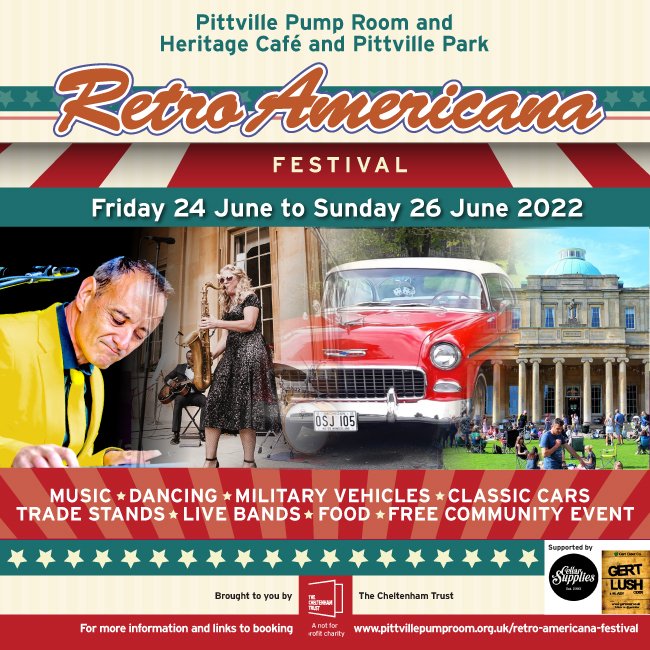 Cheltenham Mayor, Cllr Sandra Holliday, will arrive in a classic car to officially open the festival at 11am on Saturday 25 June.

The weekend features 'Gasoline Alley' showcasing Chryslers and Cadillacs, muscle cars, customised hot rods and military Jeeps. Few cars are as instantly recognisable as the Ford Gran Torino from Starsky and Hutch that appeared in the 2003 movie starring Ben Stiller and Owen Wilson. 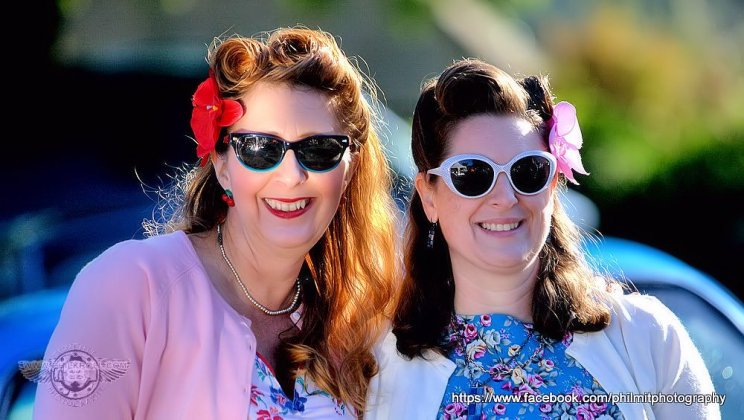 The red-and-white Gran Torino has also been driven by Paul Michael Glaser - the original Starsky from the 1970s TV show - and has been signed by him and fellow co-stars David Soul (Hutch) and Antonio Fargas (Huggie).

It will be joined at Retro Americana by a 1976 Mercury Marquis 2-door Hardtop that has won multiple awards - including Best in Show at Rally of the Giants at Blenheim Palace. Built by Ford during the 'full-size luxury car' period, it's 19 feet long and powered by a 400 cubic-inch (6.6-litre) engine.

Gasoline Alley features a range of automotive history. One of the earliest models on display will be a 1920s six-cylinder Chrysler. Representing the 1940s will be a 1946 Chevrolet Stylemaster two-door Town Sedan. 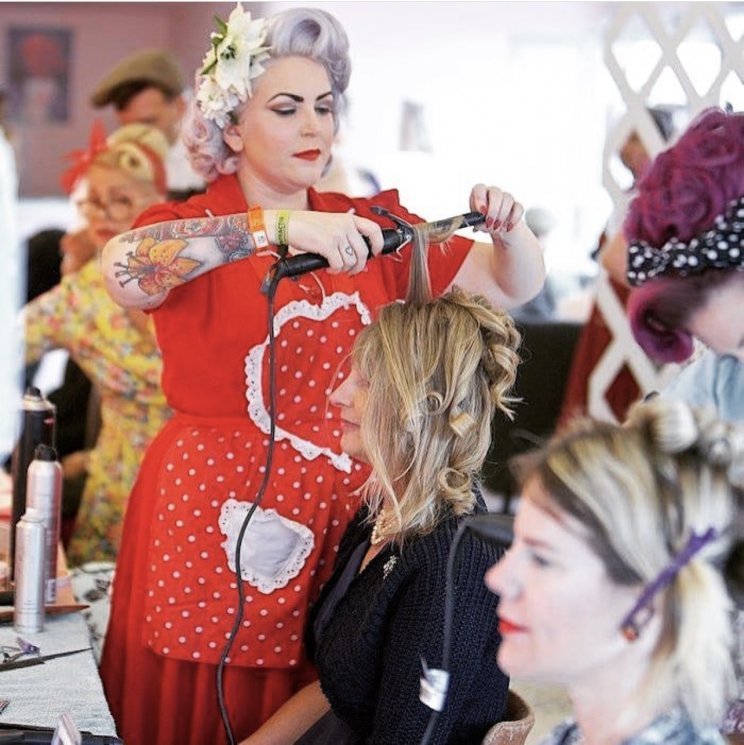 Other vehicles on display include a 1960 Hotchkiss-built Willys MB Jeep that was used by the French Army and which has now been painted in American WW2 markings. There will also be a Ford Crown Victoria police interceptor - complete with working lights and sirens - and a restored 1968 Dodge Charger R/T.

There will also be a 'whole lotta shakin' goin' on' with live bands performing throughout the weekend, including a 1940s swing band, rock 'n' roll, rockabilly, blues, and an American Hoedown.

Rockabella's vintage hair salon is offering appointments for vintage hair styling from sleek 1920s up-do's, victory rolls or some bouncy Hollywood waves. Everyone is encouraged and welcome to attend this first Retro Festival weekend and to dress in their 1940s or 50s vintage attire. Prizes will be awarded to the best dressed both days. 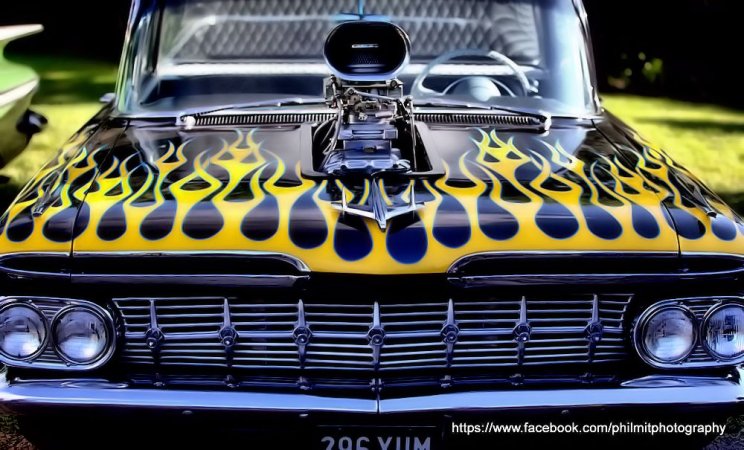 Organisers are looking forward to marking history commemorating the requisition of the iconic pump room 80 years ago.

For the full programme of events and to book tickets for the Hoedown barn dance visit: www.pittvillepumproom.org.uk/retro-americana-festival

Pre-1985 classic cars and American vehicles are invited to exhibit at the festival and are advised to advance book - Please click here to book . Email rebecca@eventspr.co.uk  with the vehicle details of the car when booking, and ideally a photograph.