To coincide with National BBQ Month and following on from a phenomenally successful launch season in 2021, Cotswolds'-based Pit Kitchen returns this week. 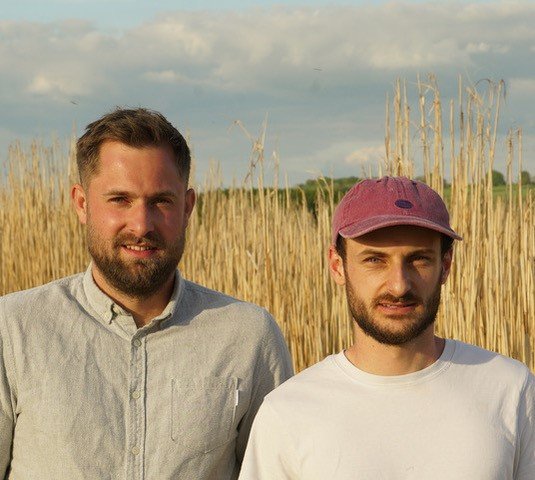 The open-air dining pop-up opens on Wednesday (May 18th) at a new hilltop field location with stunning views on the Cornwell Estate on the edge of Chipping Norton with more East London street food style dining.

Due to popular demand, The Pit Kitchen has launched its outside catering business for private parties and weddings nationwide with menus featuring its Middle Eastern style street food dishes from Mezze to Shawarmas, and all cooked over open fire pits.

Launched last Spring on the Cornwell Estate, Pit Kitchen's mantra of 'a few things done really well' remains, with its focus on showcasing the finest fresh, local ingredients from the surrounding countryside (wherever possible) on its short menu of healthy, hearty, Middle Eastern dishes inspired by the best of East London's epic street food scene.

Everything is cooked over open-air wood fire pits for ultimate flavour and served from its converted shipping container kitchen counter located in a picturesque field offering far-reaching rural views. 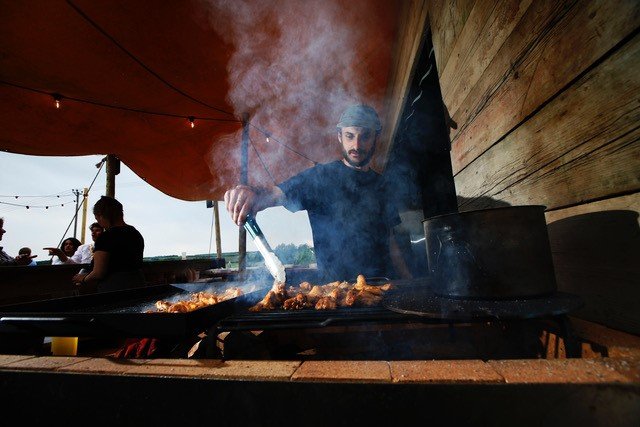 The Pit Kitchen site uses as much reclaimed material in its design as possible. The container kitchen is clad in upcycled timber and its long, communal tables are made from well-sanded scaffolding planks. The dining area is edged by wildflower meadows with diners warmed by the open fire pits whilst sheltered from the elements under tented sailcloth awnings hung with festoon lights.

Planning permission for The Fire Pit's new site was recently granted by West Oxfordshire District Council planning department after receiving no less than 290 positive letters of support for the venture.

Pit Kitchen is the brainchild of brothers Adam and James Thomas. Originally from Worcestershire, the brothers have 15 years' catering industry experience between them. Formerly based in east London, the brothers hit on the idea of bringing London's incredibly popular street food scene out to a rural location. 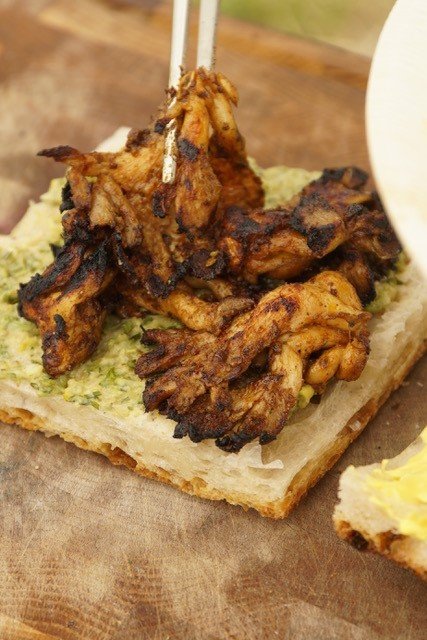 "We are super excited to be bringing our favourite bits of East London's casual dining scene back to Chipping Norton again this year," said James.

"Our food will continue to pay homage to the Turkish classics we discovered around Dalston and Hackney that have brought us so much joy (and challenged our waistlines!) over the past few years, with a few 'cheffy' twists inspired by some of our East London gastronomic heroes.

"The vibe is unapologetically casual, and the flavours are big across our nibbles, starters, mains and pudding menus, while our new field site is once again surrounded by views to die for!"

The brothers (with help from consultant chef George Uren of River Cottage, Axminster and The Pony & Trap at Chew Magna) have created small, seasonal yet budget-friendly, street food style menus prepared fresh each day. Vegetarians and vegans are well-catered for at every sitting and all dietary requirements including gluten intolerant and nut/dairy free are a given.

Adam has been working at a leading London tech firm for the past seven years, but prior to this worked at some of Worcestershire's finest restaurants, including as general manager of the prestigious Brown's restaurant.

For the past eight years, James' has worked in high end food events and developing and implementing pop ups for beer brands and top restaurants for some of the UK's leading festivals including Taste of London, Wilderness and The Big Feastival.

The Pit Kitchen is open from Wednesday 18th May until late October, Wednesdays to Saturdays 5pm-10pm with last orders at 9pm. 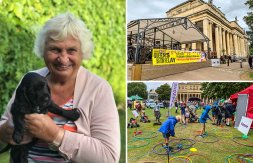