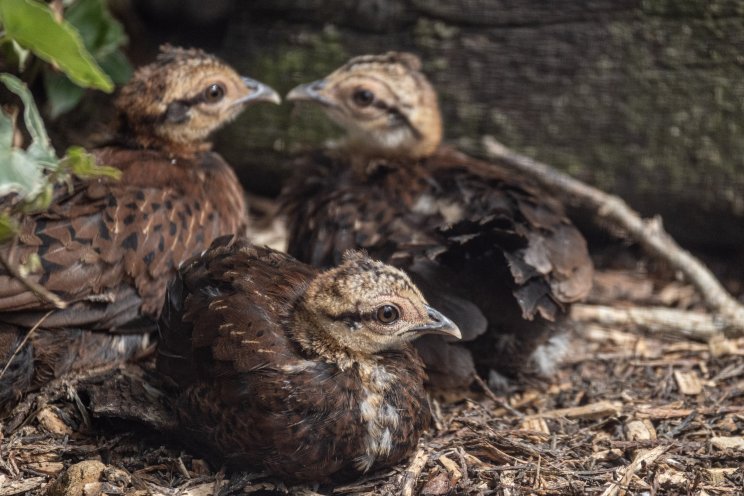 Visitors to a high-flying Gloucestershire attraction will not be the only new arrivals.

Birdland Park & Gardens, home to more than 500 species, has recently extended its family with an intake of spectacular feathered friends.

Among the more exotic incomers are a quartet of rare Vietnamese pheasant chicks. The species, which lives in forests, was only discovered in the 1960s.

Other new birds include a trio of spreo starlings, which have arrived from Paradise Park in Cornwall, as well as a spectacled owl and an orange-headed ground thrush from Paignton Zoo.

In addition to the new arrivals several other residents have also laid eggs.

A white-naped crane, which builds its nest on the ground, has laid two eggs. Both parents take turns to incubate and turn the eggs, which will hatch after 31 days. The chicks stay with their parents for around 10 months.

Native Australian bird the tawny frogmouth and a southern lapwing, which is a common sight in South America, also have eggs.

Located in the heart of the Cotswolds, Birdland is home to more than 500 birds, ranging from England's only breeding colony of king penguins and awesome birds of prey to parrots, cassowaries and cranes in a mix of free-flying and aviary displays.