Moreton Show is a go as judges are lined up 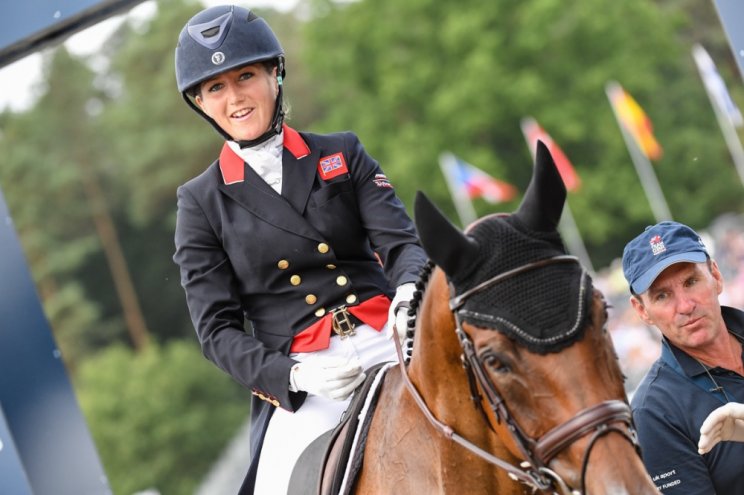 Preparations for the Moreton Show 2021 on September 4th are in full swing with the show office recently confirming the line-up of judges for the prestigious Supreme Championship as Olympic Gold Medallist, Laura Collett and Cheltenham Festival Winning, Richard Phillips.

Moreton Show is one of the biggest one-day agricultural shows in the country, showcasing the best in British agriculture, the equestrian world and rural life. After having to cancel the 2020 show due to the Covid-19 pandemic, the team are striving to deliver an enjoyable day out, where everyone can reconnect and appreciate being back in each other's company, whilst celebrating all the best of the British countryside.

The latest update from Moreton Show welcomes two local equestrians who are both champions in their field.

Laura started her career at a young age, taking the supreme pony title at Horse of the Year Show in 2003 when she was just 13. The talented rider won nine medals during her youth career, including three individual golds, and recently took gold in the 2021 Olympics.

Laura says: "I'm very excited to have been asked to judge for the Supreme Championship having competed at Moreton Show many years ago. I look forward to meeting everyone there!"

Richard Phillips has successfully trained racehorses at his Adlestrop based yard for over 20 years. Throughout this time he has produced several winners and recently gained national recognition this year for spearheading the first National Racehorse Week which will be held from September 12th - 19th.

The competitors will line up in the Grand Arena, where the Judges will award the winner with the Christopher Gell Trophy for the Supreme Horse Championship, sponsored by MyPowerSolar, providers of award-winning PV systems for commercial and agricultural buildings.

The Judges will then proceed to award the Supreme Pony Champion whose Sponsor is David Hunt Lighting, a long-established British manufacturer of bespoke and luxury lighting made in the Cotswolds.

Jess Parkes, the Horse Secretary, agrees: "The show office is buzzing with excitement, and after missing a year due to the Covid pandemic we are really looking forward to welcoming back all our exhibitors and guests to this year's show.

"We have a wide array of horse and pony classes and the horses that come forward on the day are always produced to such a high standard it really shows how much effort the exhibitors have put in. It's a hard task to judge the Supreme Championship as there are so many fabulous champions at our show, but this year we have some wonderful Judges who are incredibly experienced and it will be a joy to have them involved."

There will be lots of things to see and do at the Show. The main act is Paul Hannam's Stunt Bike Show, there will also be Terrier Racing, a Vintage Tractor Parade, Pony Club Mounted Games, a falconry display, lots of fun in the Farmtastic Area, a Dog Show for perfect pooches and of course, the famous Livestock Parade.