Miranda takes on three halves, two tris and a marathon

It's a tale of three halves, two tris and a marathon for one young woman from Gloucestershire preparing for a year of challenges to raise funds for Sue Ryder Leckhampton Court Hospice.

In between working at National Star College and studying for a degree in Mathematics, 27-year-old Miranda Watson from Bishop's Cleeve is training to take on a series of epic fitness challenges in 2022 to help raise funds for the care teams at Sue Ryder, who cared for her Nan. 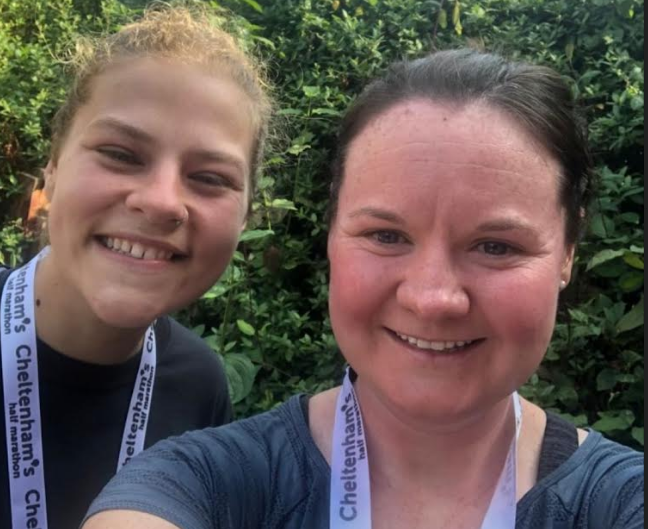 Miranda said: "I have decided to take on the crazy challenge of doing three half marathons, two sprint triathlons and a marathon to raise funds for Sue Ryder.

"Sue Ryder was there for my family earlier this year when we needed them the most. Their carers treated my Nan and family with the upmost respect during her final days and went above and beyond to support our family in the hours after she passed."

First up for Miranda is the Manchester Marathon, which she will be tackling on 3rd April. Miranda then travels to the Edinburgh Half Marathon on 29th May, followed by taking on Tri in the Park on home ground in Cheltenham on 23rd July.

In the first week of September Miranda lines up alongside hundreds of other Team Sue Ryder runners taking on the Cheltenham Half Marathon, 10k or community mile, for which Sue Ryder is charity partner, before having just one week to recover before taking on the Great North Run on 11th September.

Miranda's final event of the year will be the aptly named 'Last Tri' in Lydney on 9th October.

She added: "I already had my place for the Manchester Marathon, but after the care given to my family by Sue Ryder I thought it would be nice to give something back and I thought I may as well make it something more extreme! 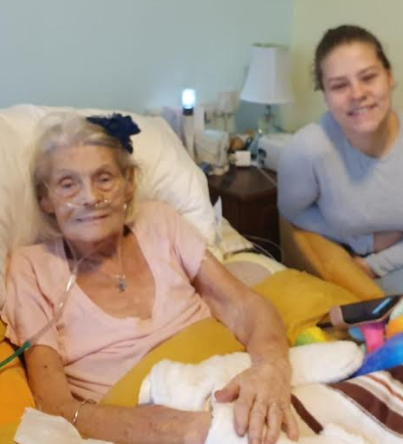 "I had a friend who was already signed up to do the Great North Run. I decided to join them so I signed up and it just all snowballed from there really.

"I like to set myself a challenge and 'three halves, two tris and a marathon' really seemed to trip off the tongue! My family knows that once I set my mind to something I am going to do it!

"I think Nan would probably think I was crazy. She was so happy when I first got into running during lockdown and she always supported me in whatever challenge I wanted to do. She would most likely laugh at what I am doing now."

Miranda says she is excited about her upcoming fundraising fitness challenges, but admits she is feeling a little nervous too.

"I am starting to feel a little excited now - pretty excited and a bit nervous too! I just need to power through it and remember not to overdo it.

"I think all the travelling to the different events is going to be the most difficult thing about it all, but I am looking forward to running one event with my housemate and I have a friend from Newcastle running with me at one of the other events too. My niece and nephews are going to come and cheer me on at an event too."

Miranda has come a long way in the space of two years since she first started running.

"I first started running in lockdown by completing the 'Couch to 5k' app. I couldn't run for one minute before that. I just loved getting out in the fresh air to breathe and get some headspace. I stuck with it and now here I am about to take on my first ever Marathon!"

"I have not done a lot of in-person events before either so I am really looking forward to having the crowds there cheering me on, which I think will make such a difference."

Miranda hopes to raise vital funds for Sue Ryder through her fitness challenges.

"I didn't know much about Sue Ryder until we needed their help for my Nan, but the care we received was just incredible. We had carers come in to support her and our family, and the way they cared for us all was fantastic. This is my way of saying thank you to them for being there for us."

To follow Miranda's progress and to donate to her fundraising effort visit www.justgiving.com/fundraising/Miranda-Watson2

If you're inspired by Miranda's challenges to take on a challenge yourself, Sue Ryder is charity partner at this year's Cheltenham Half. You can run for the charity in the Half, 10k or community mile by signing up at www.sueryder.org/cheltenham