Artworks by migrants from across three centuries have arrived at the Museum of Gloucester.

In partnership with Gloucestershire Action for Refugees and Asylum Seekers (GARAS), the Museum of Gloucester has brought 'Migrations: Masterworks' from the Ben Uri Collection to city.

This exhibition's appearance in Gloucester marks two significant migrant anniversaries: the 20th year of GARAS, and the introduction of the Kindertransport, which brought around 10,000 Jewish refugee children to Britain between December 1938 and September 1939. 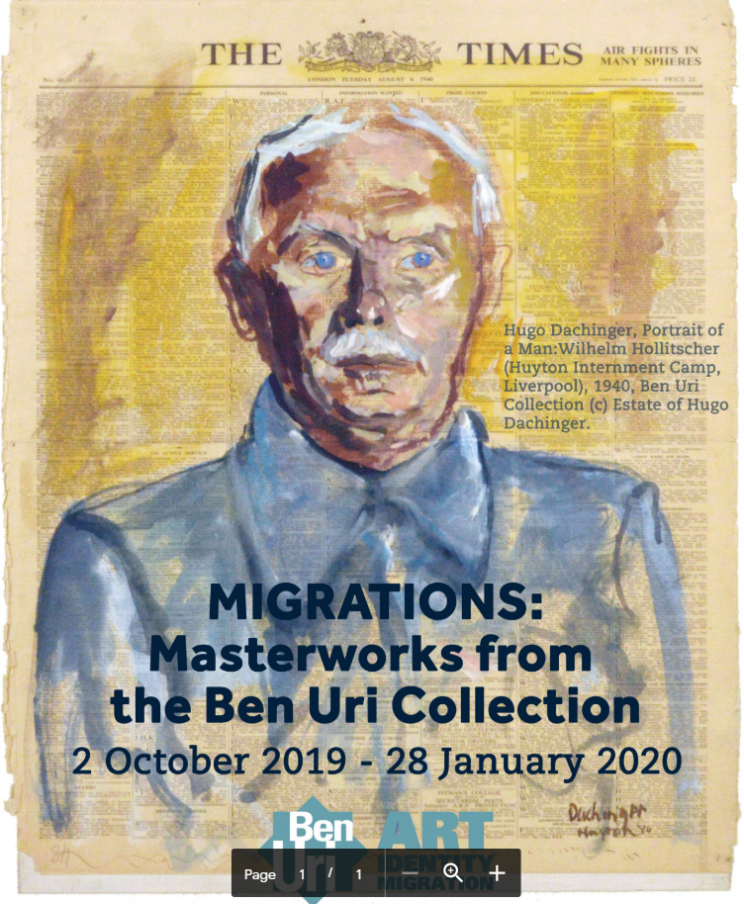 There's a special connection that brings the Ben Uri collection to Gloucester in GARAS' 20th year, in that the poster used to advertise the exhibition is a relative of one of the trustees.

Sue Oppenheimer's engineer grandfather Wilhelm Hollitscher migrated to Britain from Vienna in 1940, and entries in his diary speak of being painted by another migrant, Hugo Dachinger.

After some detective work, Sue's family found the portrait in Ben Uri Gallery and Museum collection, and plans were made to bring the exhibition to the city.

"The family link with one of our trustees, Sue, makes having this collection of artwork so much more special. It brings the exhibition bang up to date and makes a deep connection with the work we do at GARAS. It's a fantastic opportunity and we're thrilled."

"This exhibition brings the faces of those who experienced much hardship in to wider public knowledge. We mustn't forget what has happened in the past, to learn for the future, and this incredibly moving exhibition helps to remind us of these lessons.

"It is also wonderful to bring Sue's grandfather's portrait here to the county she lives in, and we're so grateful to the Ben Uri Gallery and Museum for working with us to host the collection."

'Migration: Masterworks' opened on Wednesday and will be on display at the Museum of Gloucester until Tuesday, January 28.