The panto season gets going in Gloucestershire this week when the Manor Players of Tewkesbury present their seasonal offering at the George Watson Memorial Hall for a three-day run. 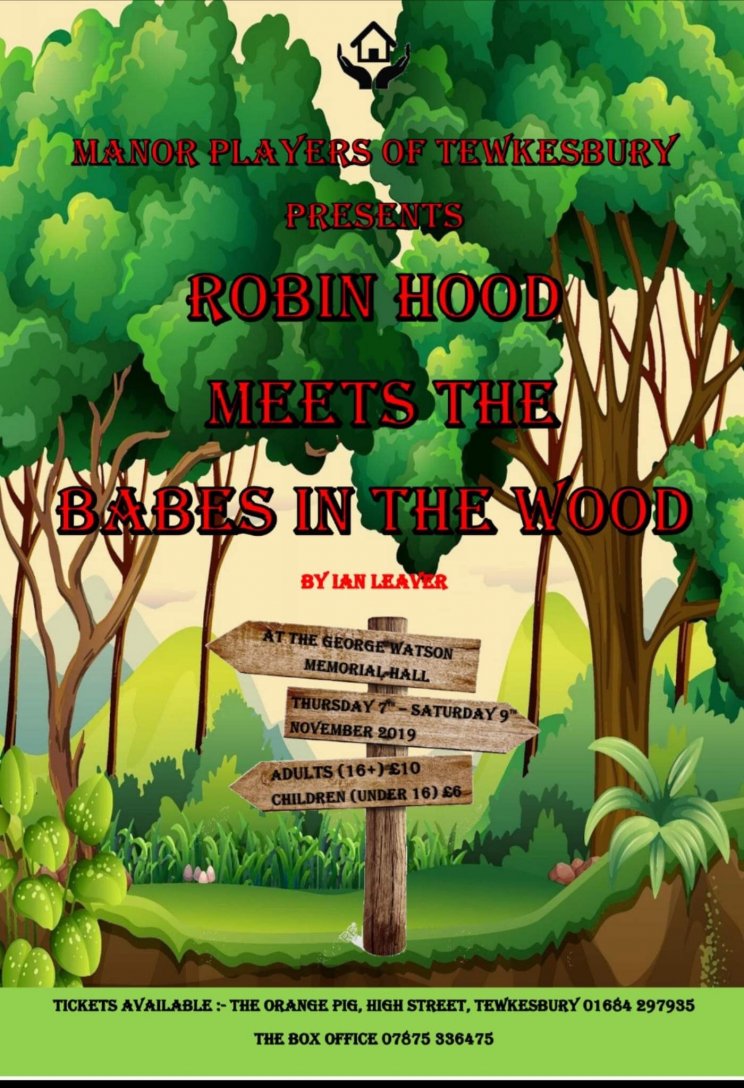 The Players are set to present a fun-filled offering with their version of Robin Hood Meets The Babes in the Wood  from Thursday (November 7) to Saturday.

The panto has been written by Ian Leaver, who also plays the evil Sheriff of Rottingham who has two daughters Revoltia (Beth Clark) and Obnoxia (Charlotte Anderson).

Robin Hood is played by the dynamic Jenny Flatman who leads a bunch of crazy outlaws against the Sheriff.

Sophie Butcher stars as the beautiful Maid Marian and there's also a pantomime Dame and a coven of witches to boot.

Manor Players chair Julie Flynn said the cast of around 24 were looking forward to the show.

"It has classic panto characters," said Julie. "There are still tickets available."

As well as three evening performances there is also a Saturday matinee.

Tickets are available from only £6 for under 16s and £10 for adults. Call the box office on 07875 336475 or call in to The Orange Pig in Tewkesbury High Street to collect yours.