Majesty - a tribute to Queen are back at the Bacon! 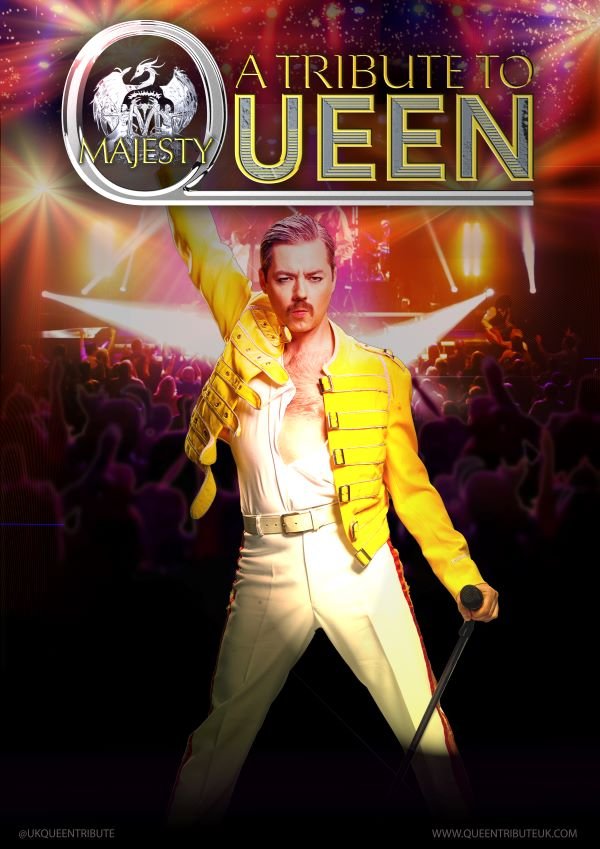 For over 10 years, Majesty have been entertaining audiences across the world with the electrifying, energetic stage show to the greatest rock band in the world - Queen!

They are performing at the Bacon Theatre in Cheltenham this coming Sunday, July 31st.

Performed by some of the best actors and musicians the UK has to offer, Majesty - a tribute to Queen are guaranteed to blow your mind!

Majesty is fronted by actor and musician Rob Lea, who was recently runner up in ITV's Starstruck.

Don't forget, if you wish to place a group booking of 10 or more tickets, for every 10 tickets booked you get one free!