Joy as live music returns thanks to Cheltenham Music Festival

Orchestras, opera stars, emerging artists and composers made an emotional return to the concert platform at Cheltenham Music Festival (2-11 July).

This year's event ended on a high note with a weekend of free music in Imperial Gardens bringing the community together in an eruption of feel-good vibes. 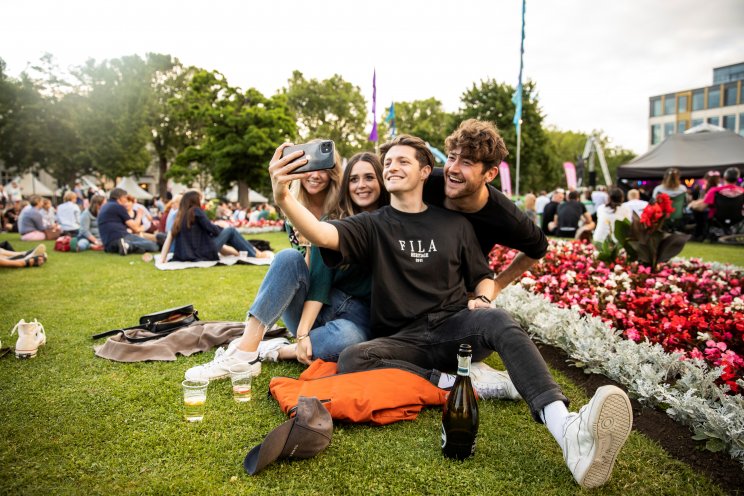 Dougie Scarfe, chief executive of Bournemouth Symphony Orchestra, said: "We have played in the festival many times over the years, but this is a particularly special day... as it is our first symphonic performance away from our home in Poole since the start of lockdown."

BBC National Orchestra of Wales tweeted: "Super exciting to be back on the road for the first time in 15 months. Always special to be at #CheltMusicFest!"

Audience members tweeted: "Love hearing live music once more in the park and dancing with my daughter, thank you @cheltfestivals" (@Richjohnes)

"An amazing night of music, happy people and freedom" (@sallylgillespie)

Highlights from the festival included:

Camilla King, head of programming at Cheltenham Music Festival, said: "From the first note sounding in Cheltenham Town Hall, the festival was a hugely emotional experience for performers and audience members alike.

"We wanted to reconnect our community with three days of free music in Imperial Gardens and bring joy to people after lockdown. It has brought home how important live music and performance is to our lives."