John Cooper Clarke will be coming to town in celebration of his long-awaited new autobiography 'I Wanna Be Yours' on Wednesday, June 8.

Also known as the Bard of Salford, Clarke is a phenomenon: Poet Laureate of Punk, rock star, fashion icon, TV and radio presenter, social and cultural commentator - he's one of Britain's most beloved and influential writers and performers. 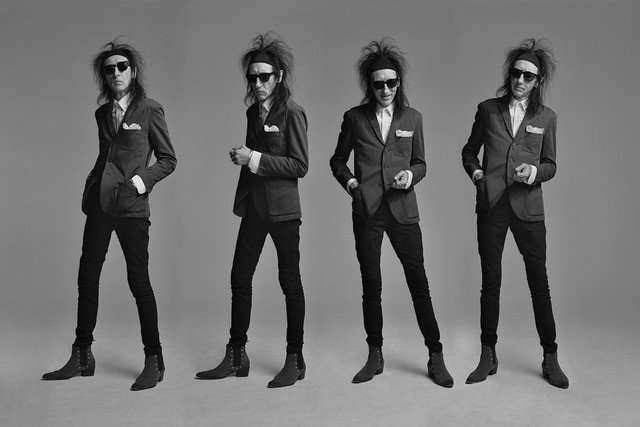 John's upcoming memoir was released in the UK by Picador. The book explores his extraordinary life, filled with remarkable personalities: from Nico to Chuck Berry; Bernard Manning to Linton Kwesi Johnson; Elvis Costello to Gregory Corso; Mark E. Smith to Gil Scott Heron and Joe Strummer and on to more recent fans and collaborators like Alex Turner, Plan B and Guy Garvey.

Interspersed with stories of his rock and roll and performing career, John also reveals his mind-boggling encyclopaedic take on popular culture over the centuries: from Baudelaire and Edgar Allan Poe, to Pop Art, pop music, the movies, fashion, football and show business - with more than a few laughs along the way.

The new book follows on from John's poetry collection, The Luckiest Guy Alive, published in Autumn 2018, one of the best-selling poetry collections of the year selling over 25,000 copies in three months.

John's new show is a breathtaking showcase of poetry and spoken work, sharing stories from his incredible life and hugely successful career. JCC will take you on an incredible journey with pieces from the new book as well as his usual musings, off the wall chat, riffs, gags and wicked humour.

John Cooper Clarke shot to prominence in the 1970s as the original 'people's poet', and since then his career has spanned cultures, audiences, art forms and continents.

JCC is as relevant and vibrant as ever, and his influence is just as visible on today's pop culture. Aside from his trademark 'look' continuing to resonate with fashionistas young and old, and his poetry included on national curriculum syllabus, his effect on modern music is huge.

His influence can be heard within the keen social observations of the Arctic Monkeys and Plan B. These collaborations mean that John has been involved in two recent global number one albums - with Arctic Monkeys putting one of John's best loved poems, I Wanna Be Yours, to music on their critically acclaimed AM Album.

For more information and to buy tickets, click here