It's All Hands on Deck for touring company

Mikron Theatre return to Gloucestershire on their vintage narrowboat next month to bring their new show All Hands on Deck to Randwick Village Hall, near Stroud.

Set in World War Two, the show navigates a love story between the Royal Navy and their loyal 'Jenny Wrens'.

New WRNS recruits Ginger and Lily are looking for wartime adventure. Lily wants to serve on dry land, but Ginger is desperate to serve at sea - and the sailors can't believe their luck! 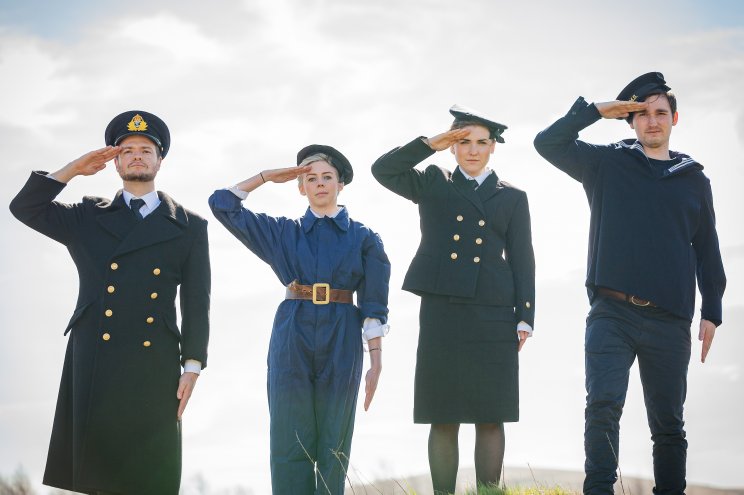 The show pays tribute to all those wartime women who pushed the door to opportunity firmly open. Full of dots, dashes, semaphore and song, Ginger and Lily find themselves in uncharted waters on a journey they'll never forget.

Playwright and former Mikron actor Vashti Maclachlan, who penned last year's Revolting Women has had a great time steering the ship on All Hands On Deck.

"It's been a pleasure to write again for Mikron in its 48th year and an honour to shine a spotlight on the tireless women who gave their all to shape a Women's Royal Navy Service fit for the future."

Marianne McNamara, Mikron's artistic director and director of this show, explains why the Wrens show means a lot to many Mikron followers:

"I've always been interested in the Wrens," she said. "They've been suggested as an interesting subject matter by a number of audience members who were related to Wrens.

"There are plenty of plays about the war but not that many that explore women's contributions to the war. It's been fascinating to research their story and to celebrate their endeavours."

Having also been touring round the country with their show Redcoats this summer, Yorkshire-based Mikron delight audiences with their informative, dramatic and musically jam-packed and very British themed shows.