A colony of king penguins at a wildlife park in the Cotswolds are avoiding the heat by chilling out on giant ice blocks as temperatures near record levels in the UK.

Staff at the Bourton-on-the-Water attraction Birdland are freezing buckets of water to recreate mini-icebergs for the flightless birds.

They have also set up showers and sprinklers in their enclosure to allow them to cool down. 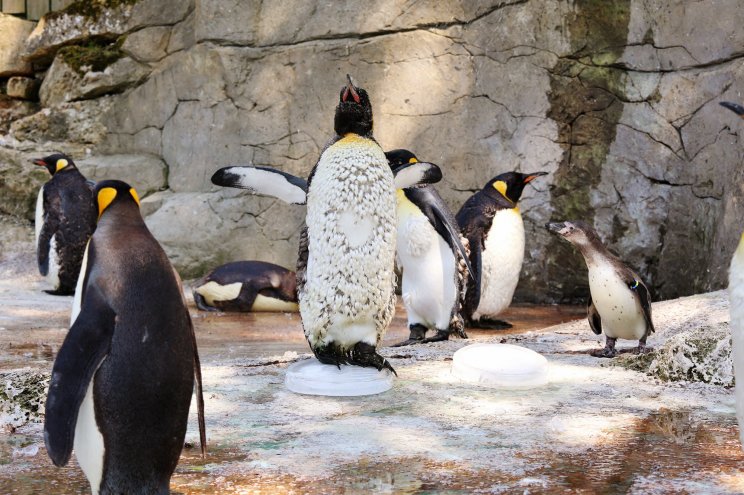 Birdland is home to the UK's only breeding colony of king penguins.

Head keeper Alistair Keen said: "We always keep a close eye on the forecasts and this spell of extremely hot weather is warmly welcomed by most of the birds here at Birdland; particularly the parrots, flamingos and our collection of birds from Africa. 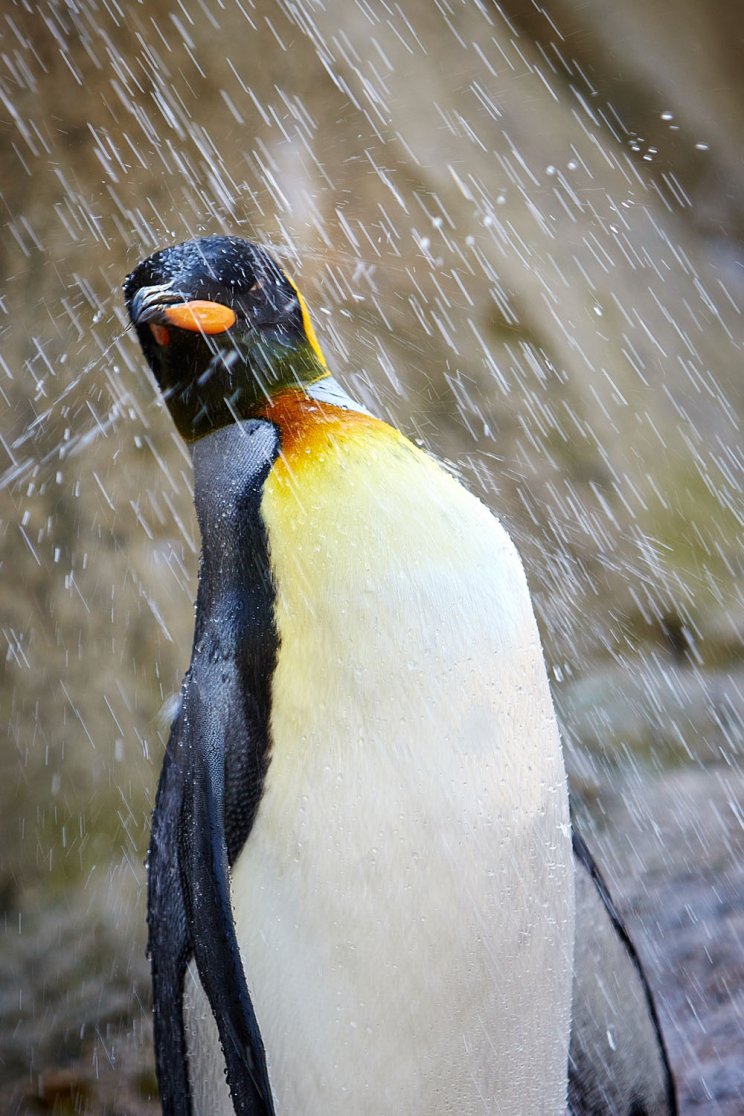 "However our penguins prefer things to be a little cooler so we have been preparing freezing blocks of ice for them to hop onto as required.

"Their enclosure already includes a large pool and there is also plenty of shade available but we thought it would be a nice treat for the birds and also provide them with some environmental enrichment.

"We've also been putting some of the blocks into the water as well as leaving them on land for the birds to investigate and cool their feet on," he added.

There are 18 species of penguin in the world and the king penguin is the second largest, weighing up to 18kg. The largest is the emperor penguin, which can weigh 45kg and the smallest is the appropriately-named little penguin, which weighs two kilogrammes.

With its combination of woodland, riverside and gardens, Birdland features more than 500 birds, ranging from birds of prey and parrots to cassowaries and cranes in a mix of free-flying and aviary displays.

Birdland Park and Gardens is in Rissington Road, Bourton-on-the-Water and is open daily From 10am (Except Christmas Day).