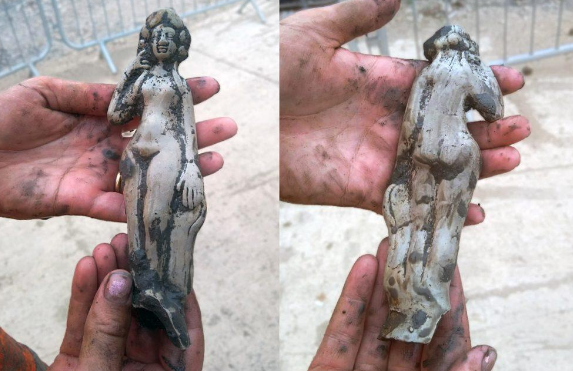 The 'Venus' Roman figurine will be on display until Sunday, September 18.

This beautiful object was dug up as part of the King's Walk Gloucester excavations earlier this year with Cotswold Archaeology.

This wonderful item dates to the 1st or 2nd Century AD, so is around 1,800-1,900 years old. The statuette depicts the goddess Venus and is made of pipe clay, which were made in Gaul.

It was found in a Roman rubbish pit that was part of a large suburb just outside the city walls. Its completeness is what makes it rare, as often they were deliberately broken for healing or magic rituals. This is the first time it has been on display in the city, so do not miss your chance to view it.

Admission is free but all donations to preserve beautiful items such as these are always gratefully appreciated.