Historic England's Archive and the friends and colleagues of Harold Wingham have come together to celebrate the work of the pioneering aerial photographer.

The Harold Wingham Collection of almost 2,000 photographic negatives and corresponding prints - including many fascinating aerial shots of Gloucestershire - has been made available online to the public for the first time, and features in three new digital galleries exploring key themes in Wingham's work. 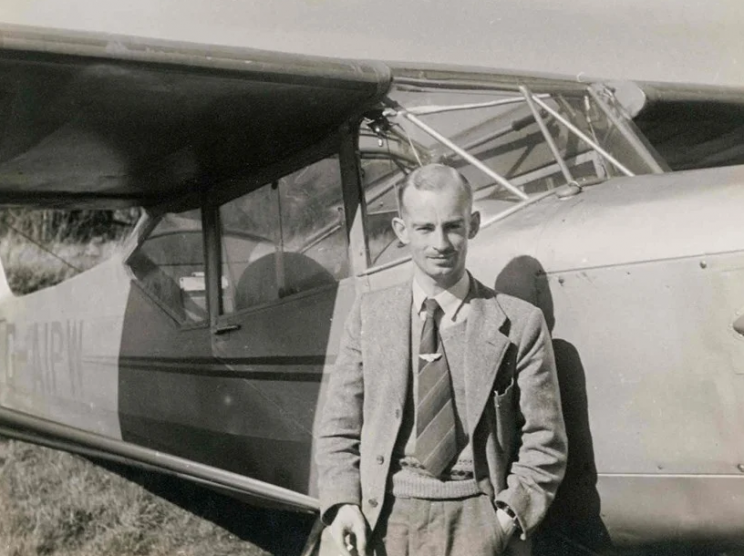 The collection is divided into 86 flights, which were flown between April 1951 and July 1963. Wingham used hand-held aerial reconnaissance cameras, which could produce images with excellent resolution, hence the quality of detail captured in his photography.

The collection is celebrated for its mix of architectural, archaeological and industrial subjects and views of villages and towns in the early post-war period, offering a unique insight into the changing landscape of the West and South West of England. 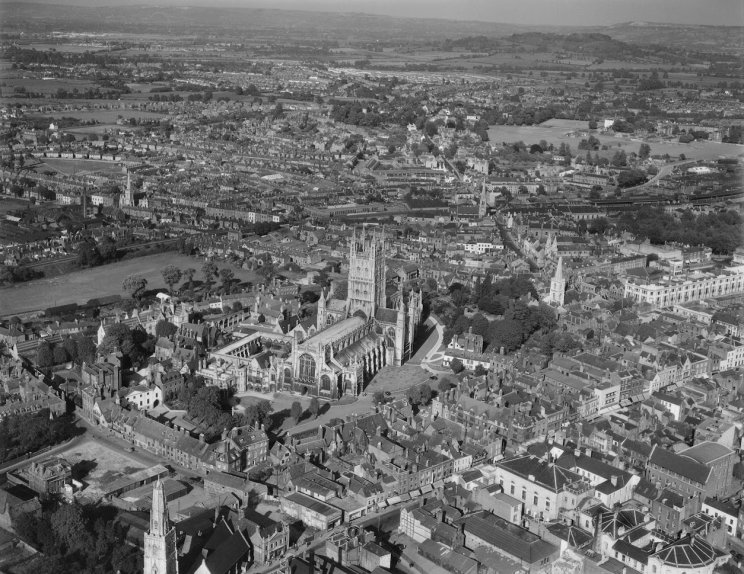 Harold Anthony Wingham (1924 - 2021) was an amateur aerial photographer, described by Geoff Hall, a former Librarian of the National Library of Air Photographs, as 'one of the unsung heroes' of aerial photography.

Wingham was born at Calmore on the edge of the New Forest in 1924. During the Second World War he served in the Royal Air Force as a wireless operator and trainee navigator. After the war, Harold compiled weather reports for the Ministry of Civil Aviation in Gloucester and later worked for the Gloster Aircraft Corporation.

Wingham took flying lessons and learned photography so that he could carry out aerial reconnaissance for archaeological purposes. He acquired government surplus camera equipment and film and began recording the archaeology and architecture of the West Country, covering sites in Cornwall, Devon, Gloucestershire, Hampshire, Herefordshire, Monmouthshire, Oxfordshire, Somerset, Warwickshire, Worcestershire and Wiltshire. 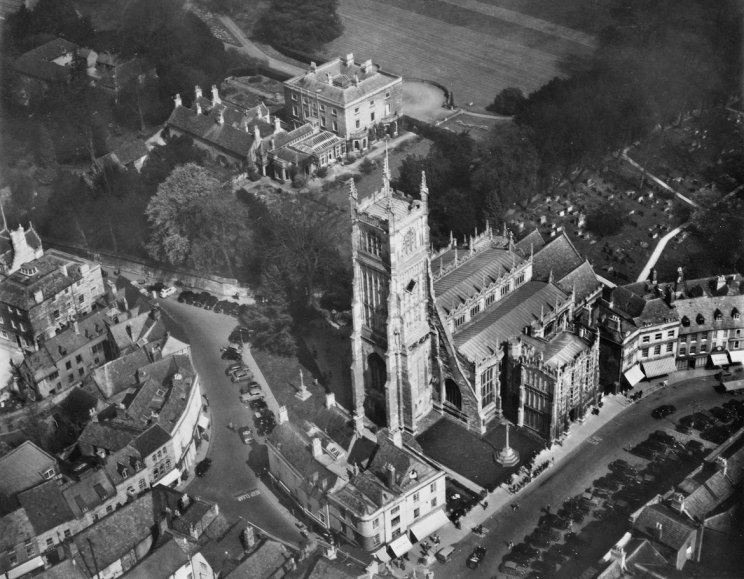 Much of his flying was self-funded and reflects his archaeological and social interests.

Sadly, Harold's commitment to taking photographs from the air came to an end in 1963 after he witnessed an air crash that killed his pilot, a close friend. However, this didn't curtail a passion Harold had for airships, which he promoted as a more stable platform for aerial photography and archaeological survey. Harold conceived a design for a two-man airship, which he worked on from 1961 until the project came to an end in the mid-1970s.

In 1957 Harold Wingham contacted the National Buildings Record (NBR), one of the predecessors of Historic England's Archive, to offer aerial photographs of 'big houses, castles and similar subjects'. The NBR were impressed with Wingham's excellent photographs and commissioned 51 prints, establishing the basis of the collection.

In January 1970 the Royal Commission on the Historical Monuments of England (RCHME), a predecessor of Historic England, renewed its acquaintance with Harold, requesting more of his photographs to enhance its Air Photographs Library. Over the course of the next few years, the RCHME made copies of around 1,700 of Harold's photographs and donations of negatives were made to the RCHME in 1991 and 1998. 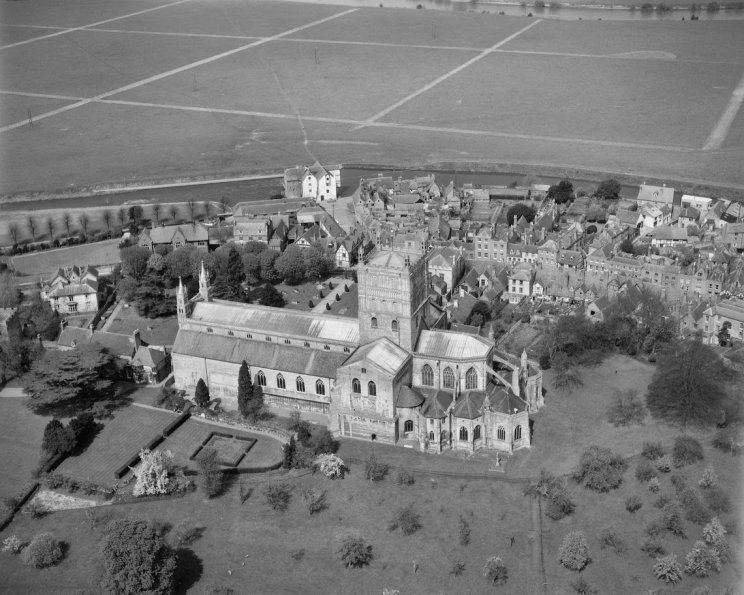 In November 2021 the Historic England Archive, responsible for the curation of major collections of national importance covering archaeology, architecture, social and local history, learned of the recent death of Harold Wingham, a 'shy, modest and self-effacing man' who had 'made a unique contribution to the archaeology of Gloucestershire and far beyond.'

To commemorate his life and work, Historic England's Archive collaborated with some of Wingham's friends and associates to create three online displays on Google Arts & Culture. During the process of image investigation, three broad themes emerged, each roughly equating to around one-third of the content of the collection: Landscape Archaeology; Buildings; Industry & Transport. This has been reflected in the three parts of the Google Arts & Culture displays.

Gary Winter, engagement and content officer at Historic England's Archive, said: "Our project to celebrate the Harold Wingham Collection brought our Archives team together with Harold's friends to share knowledge and ideas and make a fascinating collection available online to the public.

"Harold's friends and colleagues proposed display themes, selected images to illustrate each theme and provided text for the captions. It has been a pleasure working with them to produce a fitting tribute to someone who was obviously well-liked and respected." 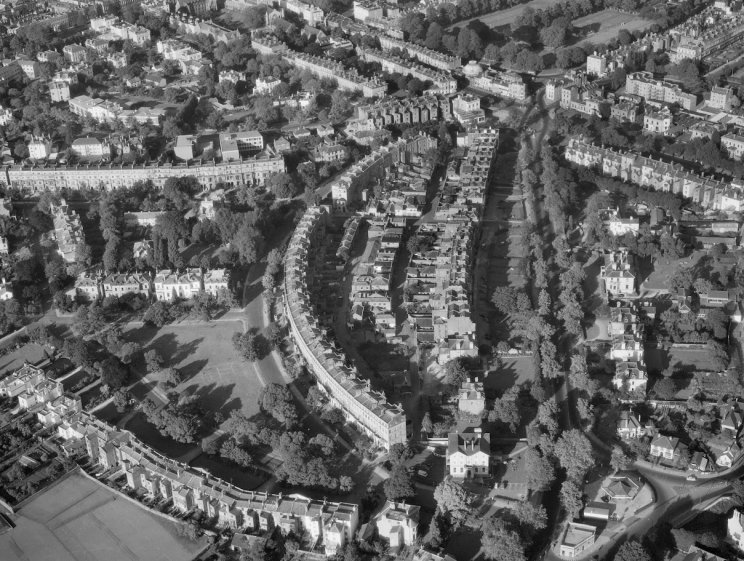 Katy Groves, cataloguing officer at Historic England's Archive, said: "The Harold Wingham Collection is my all-time favourite collection that I have had the privilege to work on. There is a timeless quality to his photography that just makes his material stand out."

Richard Savage, a friend of Harold Wingham, said: "I first met Harold in 1970 at the second season of excavations at Crickley Hill in Gloucestershire. He came to the site hut, in traditional country walking tweeds and said, in the light, quiet voice all his friends will remember, "I wonder whether these might be of any interest to you".

"He was holding out prints of his classic air photographs of the site. We were indeed very interested, and they were immediately and always important to our work, enabling us to set the excavation results year by year in the context of the unexcavated remainder of the site. I came to learn that this quiet, generous approach with important material was characteristic of his kindness and scholarship. 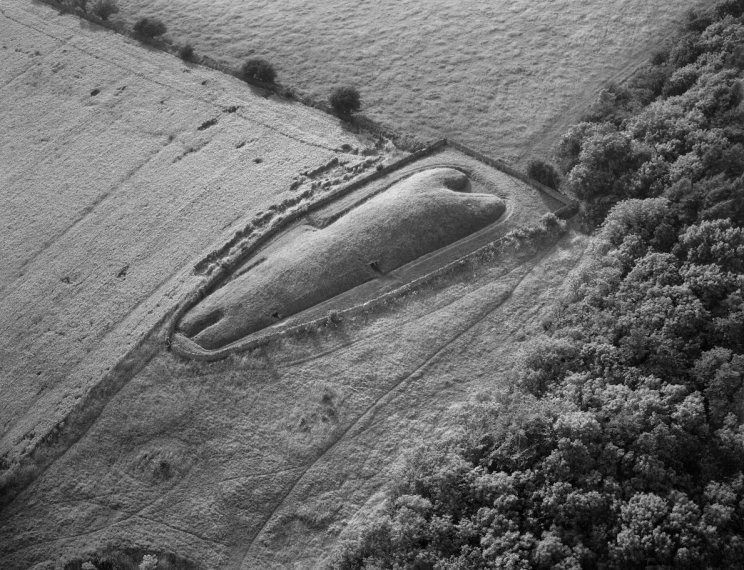 "His flying, with a pilot colleague whose death in an air crash in 1963 brought an end to Harold's air photography, was largely self- funded, and relied on his economical way of life. He lived alone and had many friends.

"For a time, he lived at the Brockworth Residential Club, where in the 1970s he happily showed me his room. He was in his 50s, and the room, scrupulously neat, with many of his worldly possessions under the bed, would have been thought unacceptably small by most students of today.

"When this closed he moved, ultimately to a cottage in Cranham, where he was deeply involved with local archaeology on the ground and well-liked by his neighbours, whom he was always ready to help. He had a wonderful sense of humour and was a brilliant (though never harmful) practical joker. During his hospital stays in his last years he was very popular with his nurses, and after his death a wake was held, at the Black Horse in Cranham."