The Dean Forest Railway celebrated 50 years of operation in 2021 and now runs along a 4½ mile restored route in Gloucestershire.

The railway runs between Lydney Junction and Parkend, through the beautiful Royal Forest of Dean. Visitors arriving at the DFR's main centre, Norchard Station, for a steam train ride will also spot, opposite the low level platform, a rake of smart diesel multiple unit (DMU) vehicles.

They belong to the Dean Forest DMU Group who are celebrating their 30th anniversary this year, with a Gala over the weekend of April 23rd-24th.

Nigel Benning from the DMU Group said: "We own five vehicles all built at Derby during 1958-60 as British Railways Class 108, none of them originally paired, but now we've brought them together at the DFR.

"In the group we therefore provide a three-car DMU and a two-car DMU for operation on the railway. For a special event, we can also couple them as a five-car train which fills the length of Parkend's, Norchard's and Lydney Junction's platforms." 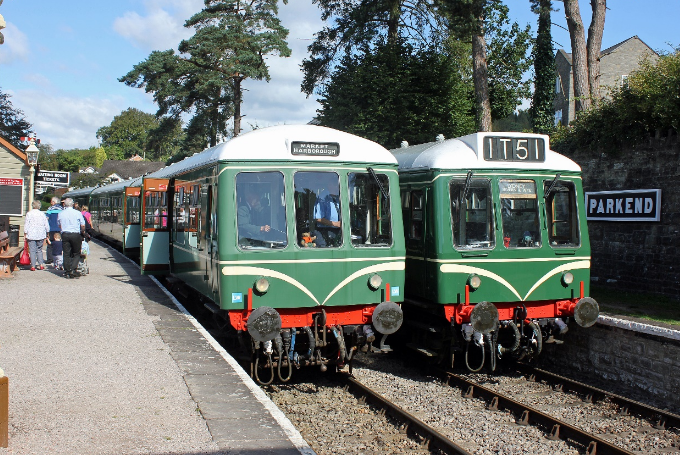 In their working lives with British Railways, these DMU vehicles were allocated to depots all over the UK, from Scotland to Plymouth via Llandudno Junction.

They ended their working lives with BR from 1991-93 and arrived at the DFR between 1992 (30 years ago) and 2009, three directly from BR, two from another heritage railway. Not only have they all been fully restored, but also modified to remove toilets and to add buffet areas. 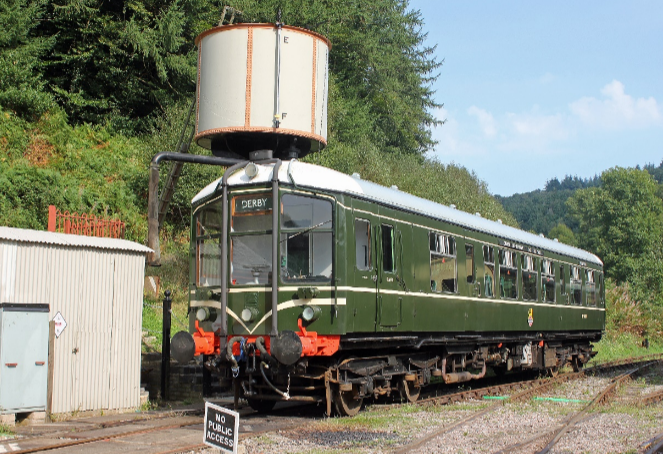 Nigel added: "For our DMU Gala on April 23rd-24th we will welcome a very special guest to DFR tracks, known as Iris. Iris is a bubble-car, in railway terms something rather larger than a three-wheeled 1950s Isetta, as it's a powered single-car DMU with a driving cab at each end.

"Iris normally resides in the Peak District at the Ecclesbourne Valley Railway and is an example of the early Derby Lightweight DMU. She was withdrawn from service in October 1967 and allocated to Derby Test Centre, adapted in various ways, and named 'Test Car Iris' and that is why she still performs under that name.

"Iris is a very popular attraction whenever she goes visiting other heritage railways, so we expect a good crowd for our April Gala."

More information is available at https://deanforestrailway.co.uk/dmugroup/