A spooky evening is in store at Tetbury Goods Shed with some spine-tingling tales of the supernatural from E.F. Benson's brilliant collection of ghost stories, Night Terrors.

The audience will be treated to some masterful storytelling from Gerard Logan, who from the deceptive comfort of an easy chair will transport you to a darker, more sinister world where the unexpected and the unexplainable will intrigue and disturb. 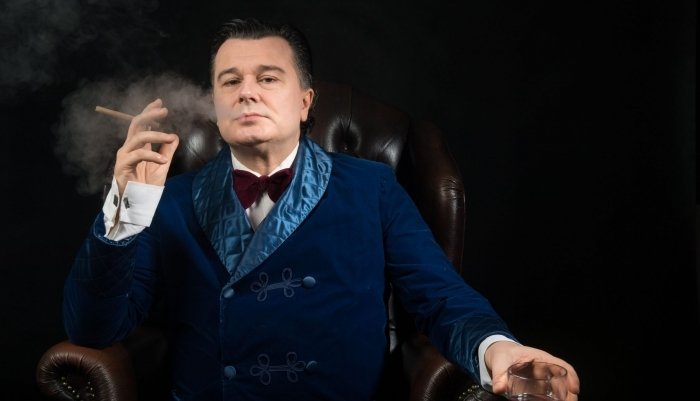 E.F. Benson is probably now more famous for his humorous series of novels exploring the world of Mapp and Lucia, but in the mid-twentieth century he was renowned as the author of what he called "spook stories". The tales are dramatic, haunting and hugely memorable.

Night Terrors is directed and dramatised by award-winning Gareth Armstrong.

Gerard Logan is widely acknowledged as an outstanding exponent of the solo performance, and has won acclaim and awards for his shows The Rape of Lucrece (Shakespeare) and Wilde Without the Boy (Gareth Armstrong's dramatisation of Oscar Wilde's De Profundis).

Trained at the Royal Academy of Dramatic Art, Gerard's credits include leading roles in TV, film, radio and classical and contemporary theatre roles with the Royal Shakespeare Company (where he received an Olivier Award)

Gerard won The Stage newspaper's "Best Solo Performer" Award at the 2011 Edinburgh Festival for his performance in Shakespeare's great narrative poem The Rape of Lucrece which, alongside Wilde Without the Boy and The Ballad of Reading Gaol, he is currently touring internationally.

Director Gareth Armstrong has combined the roles of actor, director, writer and teacher throughout a career that has taken to him to over 50 countries.

Please note that in order to maintain the atmosphere there will be no interval.

Advance tickets for Saturday's performance cost £12.50, while on the door on the night they will cost £14.50.