Harry Potter and Sherlock get the improv treatment

One of the UK's leading improv troupes arrive in Cirencester next week for two evenings of spontaneous theatre.

The Spontaneous Players return to the Barn Theatre to bring you Spontaneous Potter on Tuesday evening, followed by Spontaneous Sherlock on Wednesday.

So grab your wands, don your house robes, and apparate yourselves to the Barn for a very magical Spontaneous Potter show. 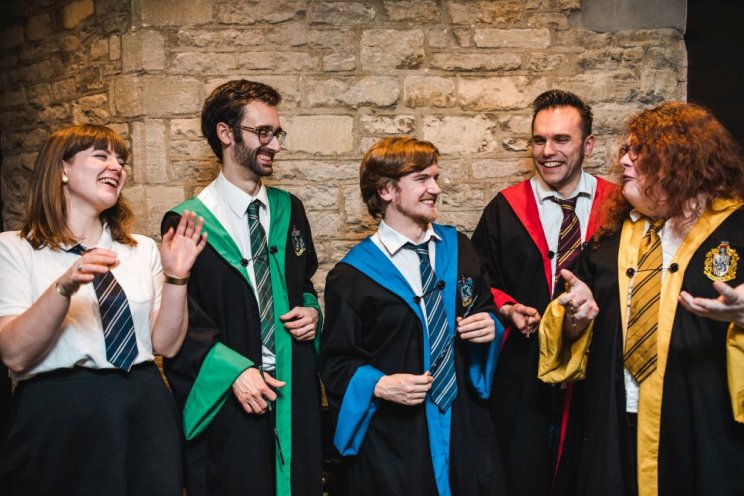 Immerse yourself in an entirely improvised Harry Potter comedy play, based on an audience suggestion of a fanfiction title. An entirely new Potter adventure is magically improvised on the spot - with live musical accompaniment!

Note: Spontaneous Potter is an unofficial show that is not endorsed by or affiliated with Warner Bros., JK Rowling or her publishers.

On Wednesday evening you can enjoy Spontaneous Sherlock, an award-winning, entirely improvised Sherlock Holmes comedy play based on an audience suggestion of a title with live Victorian musical accompaniment.

Celebrated as one of the UK's leading improv troupes, The Spontaneous Players were founded in Edinburgh in early 2015.

Since then, they have performed a weekly sold-out residency at Edinburgh's 'Monkey Barrel', won a Scottish Comedy Award, developed a considerable following on the UK circuit, and this year the company began their first full UK tour, performing at the nation's leading comedy clubs and theatres.