Half-term top ten things to do in Gloucestershire 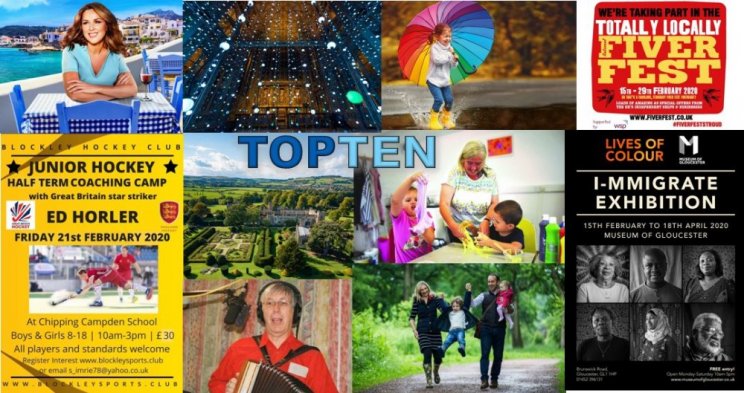 We hope you enjoyed a great Valentine's Day, but there's no rest for the wicked and plenty of kids that require entertainment this week.

We have saved you some time and compiled a list of ten fun things to do and places to visit for the whole family to enjoy.

So while you are planning your week, take a look at these events...

The talented makers and performers at Taurus Crafts are set to put on a fabulous programme of activities to keep families amused and entertained. With activities every day from February 15 to 23, there will be something for everyone to have a go at.

The mix of activities includes free performances by professional puppeteer Lullaby Leesa, Arnie Kazam's magic show is back by popular demand after sell-out performances throughout 2019, as well as the phenomenon of FOD Rocks. 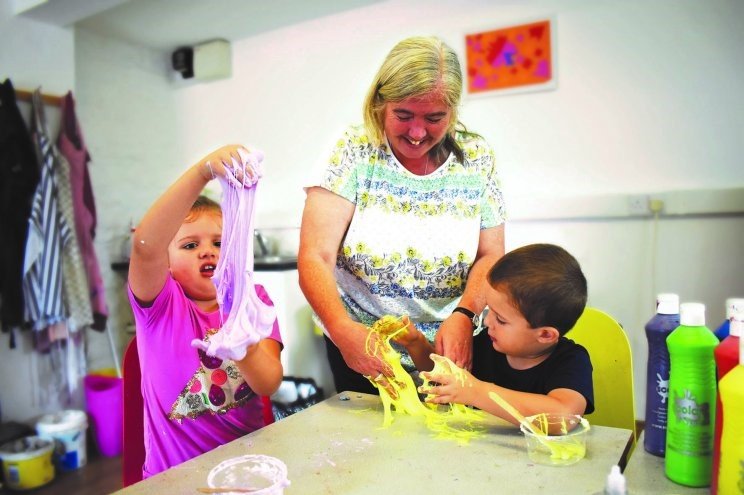 The founder of FOD Rocks, Amy Sampson, will be running a painting session so why not decorate a pebble or two and then hide them somewhere at Taurus Crafts or in the Forest of Dean for someone to find?

With more activities added to programme frequently, it's well worth following Taurus Crafts' Facebook page and checking for website updates.

2) Become a spy this half-term at Sudeley Castle

Running daily from February 15 to 23, the highly anticipated 'Sudeley Spies' is an exciting trail of clues, codes and riddles hidden throughout the mysterious castle rooms.

On arrival at the dedicated Visitor Centre, children can pick up a discovery sheet and while exploring the castle, use the items they find along the way to try to decode seven specially designed clues. 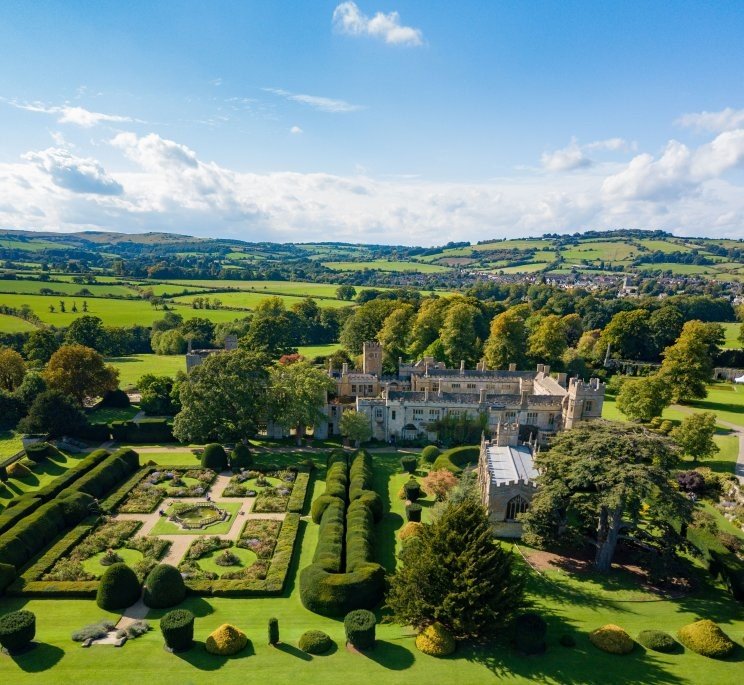 Each clue is different; discover codes written in hieroglyphics, Morse Code, and even nautical flags and more. As soon as children have solved each clue, the answers will spell out a super-secret password, which can be used back at the Visitor Centre to receive a small surprise!

Sudeley Spies is included in the ticket price for February half term, and families can save an extra 20% on admission by booking in advance online - with children under three being admitted free.

Fiver Fest is run by Totally Locally and managed by the Stroud Chamber of Trade on a local level. At the last Fiver Fest in October 2019, 63 towns around the country and thousands of independent shops and businesses took part. This year Totally Locally are hoping for this to grow significantly. 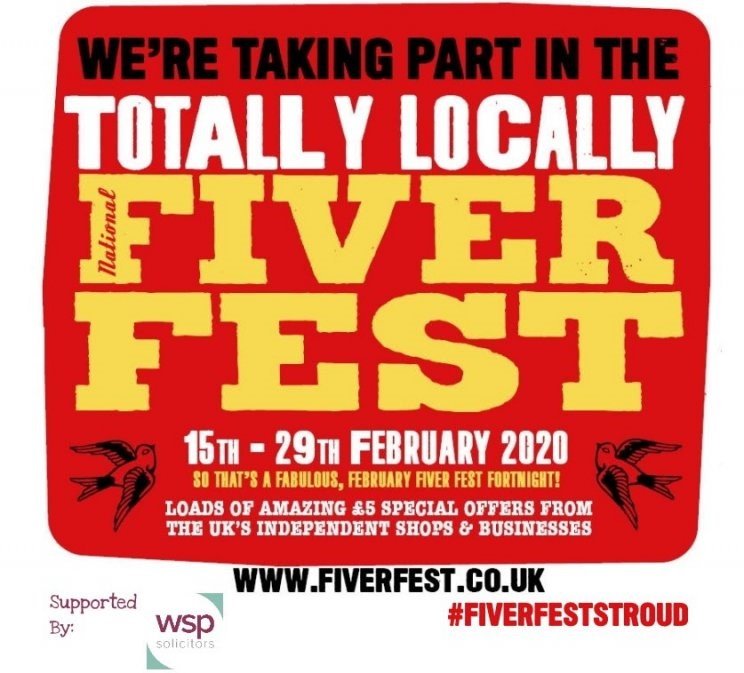 Stroud Fiver Fest's ethos is that if every adult in Stroud spent just £5 a week in independent shops and businesses, instead of online or at the big supermarkets, it would be worth an extra £4.5 million per year going into the local Stroud economy, leading to more jobs, a thriving high street, stronger economy and an overall nicer place for us all to live and work together.

Having 35 businesses sign up in October and already looking to exceed that for this February, organisers are confident that Stroud Fiver Fest will continue to go from strength to strength and have a fantastic impact on Stroud.

To find out more about Stroud Fiver Fest, please visit their website www.stroudchamber.org.uk/fiverfest  and keep an eye out for shops in Stroud displaying their posters with pride. For more information on WSP Solicitors, visit wspsolicitors.com

The more adventurous visitor can set off on an out-of-this-world adventure! Together with Shaun the Sheep they'll set off on a race against time through the woods on the Farmaggedon Glow Trail to help get Lu-La, a lovable alien who has crash landed in Silk Wood, home. 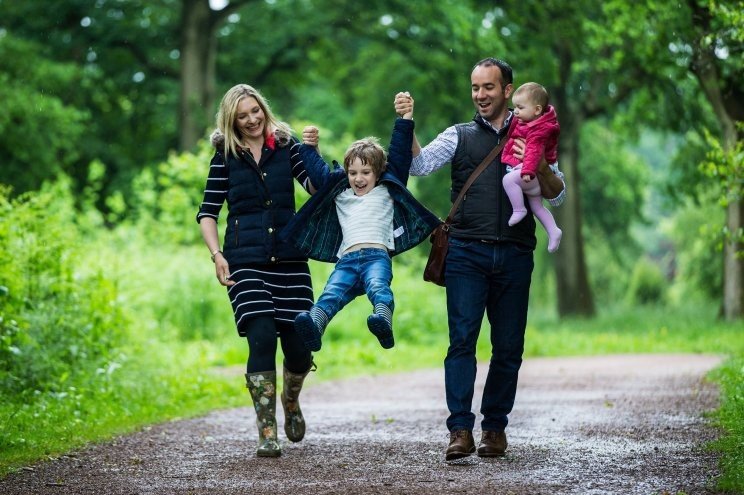 With Agent Red and her hapless helpers the Hazmats hot on their trail, families will need to find clues in the woods to complete puzzles and challenges on the free app. Once all the challenges are completed Lu-La's communicator will charge and unlock an augmented reality hidden spaceship where families can have their picture taken.

5) GB hockey star set to pass on his skills 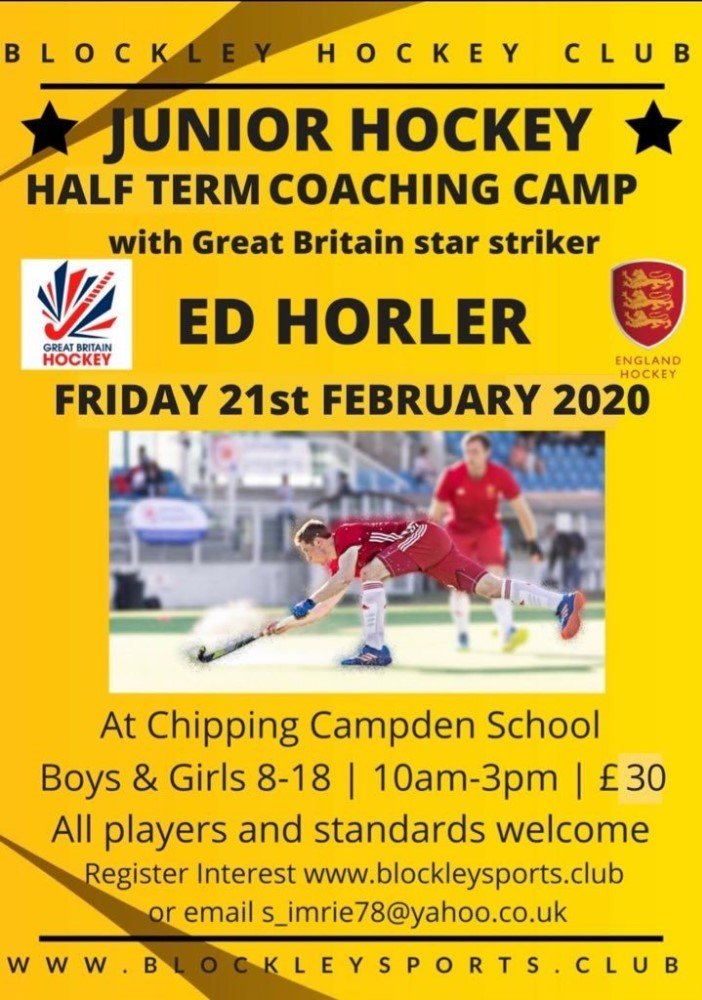 A day of fun and learning new skills will be held on Friday, February 21, at Chipping Campden School from 10am-3pm.

The camp is aimed at boys and girls aged 8 to 18 and all players and standards are welcome. The cost is £30. For more information see the Blockley Sports Club website.

Families and friends will compete against each other to see who can produce the biggest splash from their puddle jump. They will also be judged on their enthusiasm and jumping style. Daily winners will be announced throughout the half-term and lucky 'super-splashers' will receive fantastic prizes. 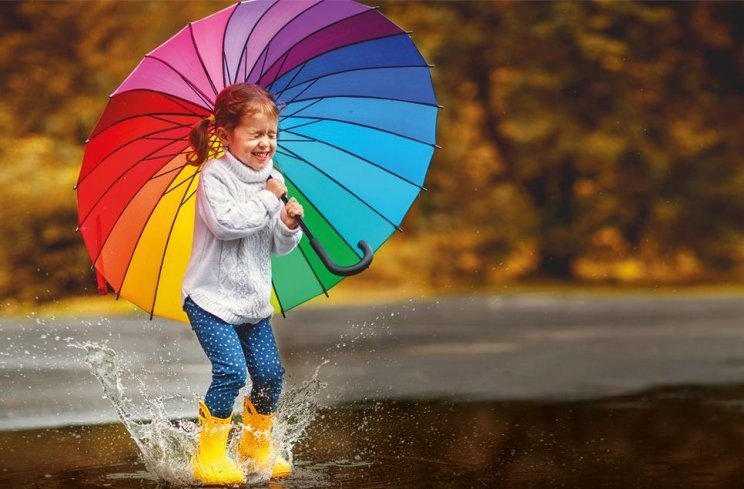 New for this year, adults, as well as children, are being encouraged to unleash their inner child and release everyday stress by joining in the puddle jumping championships.

As well as the main puddle jumping competition arena in Welly Boot Land, there will be practice zones set up around the stunning grounds to help entrants perfect their splashing techniques.

As part of Gloucester's Folk Trail, the talk will take place at the historic Henry Dene Hall on Friday, February 21, from 3pm to 4.30pm. It will be illustrated by audio and visual archive clips and live performance. 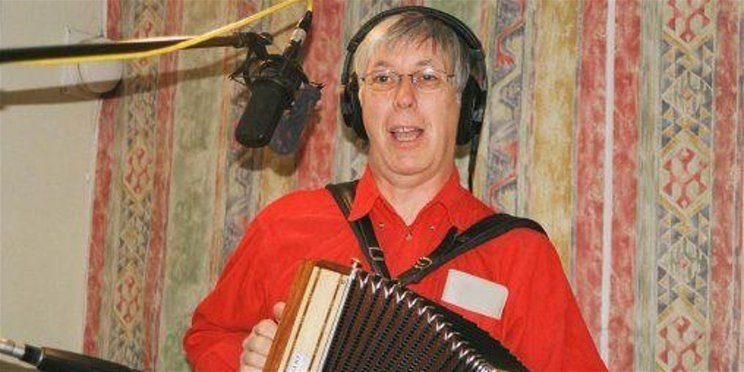 In this presentation, he will be lifting the veil on some aspects of Gloucestershire and Cotswold folk music and culture which have been obscured over the years by our busy modern lives and our media.

Admission to the talk is free, however pre-booking is essential. Go to the Llanthony Secunda Priory website for more details.

Opening today (Thursday, January 16), the free exhibition, titled 'Where There is Light', marks the culmination of events celebrating 20 years of Gloucestershire Action for Refugees and Asylum Seekers (GARAS) and features artwork by Gloucestershire based digital arts group, Squidsoup.

Working in partnership with the Everyman Theatre, The Music Works and Gloucester Cathedral, the exhibition will provide a truly poignant, immersive sensory experience to visitors. It aims to raise awareness of the crucial work GARAS does to support asylum seekers and refugees across the county. 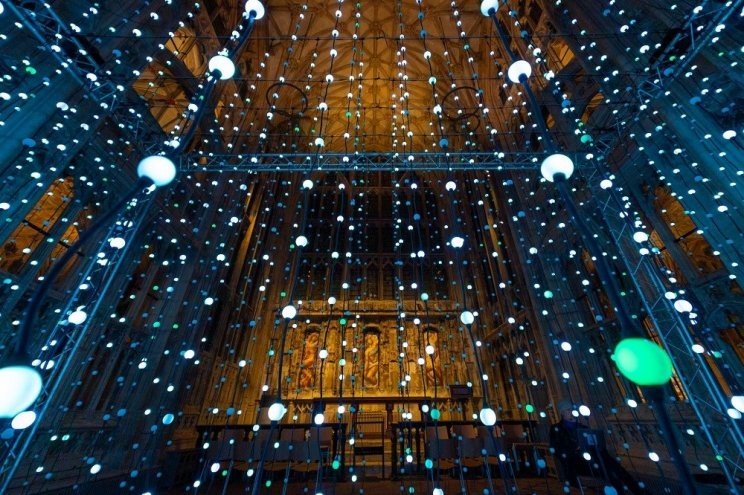 Visitors to 'Where There is Light' will see the Lady Chapel transformed into an environment where virtual and physical worlds coincide. Visitors become part of the artwork as the light and sound changes around them.

9) I-Mmigrate Exhibition opens at The Museum of Gloucester

Where: The Museum of Gloucester, Brunswick Road, Gloucester GL1 1HP

When: Saturday, February 15, to Saturday, April 18

The exhibition tells the personal stories of people of the Windrush generation who settled in Gloucester and Gloucestershire.

The I-Mmigrate exhibition focuses on the stories of working age adults and children from the Caribbean who were invited to come to the UK from 1948 by the British government, which was facing a labour shortage. 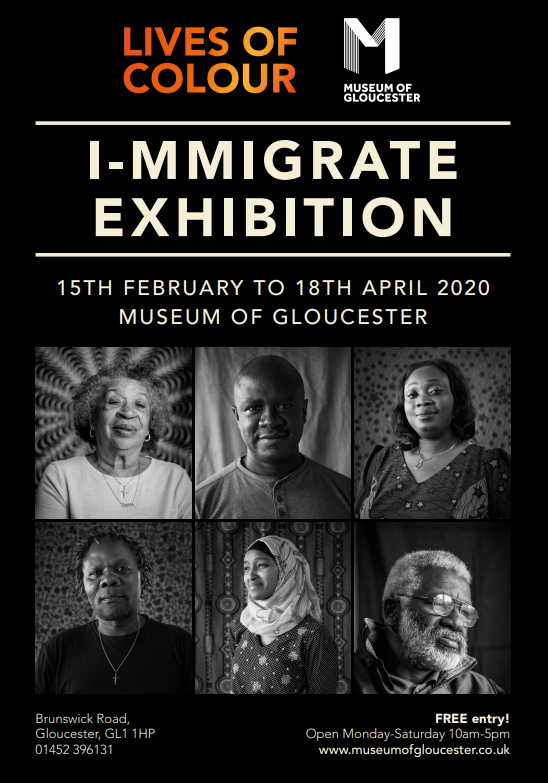 The exhibition, which is the first of its kind to be staged in the city, opens on Saturday, February 15, and runs until Saturday 18 April. Entry is free.

It has been funded by the Heritage Lottery Fund and aims to showcase the diverse community in Gloucester and Gloucestershire.

10) Claire Sweeney 'perfect' to play Shirley Valentine at the Everyman

Shirley Valentine - by Willy Russell - has won multiple Olivier and Tony awards and been adapted into an Oscar-nominated film starring Pauline Collins and Tom Conti. 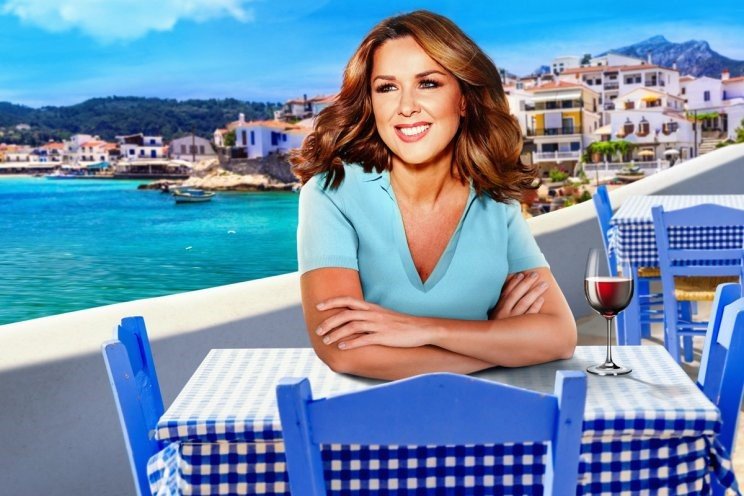 The Everyman Theatre Company also brought the successful Waiting For Godot, Quartet and A Passionate Woman to Cheltenham audiences.

Tickets for Shirley Valentine are available by calling the box office on 01242 572573 or via the Everyman Theatre website.