Get set for an incendiary live performance

From the Jam will be celebrating the 40th anniversary of The Jam's third studio album, All Mod Cons, at Cheltenham Town Hall tomorrow evening (Friday). 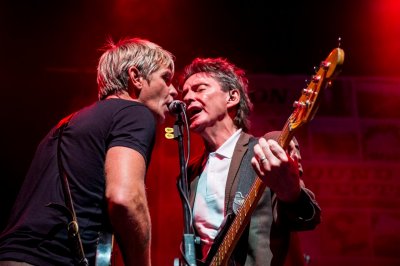 As well as classics such as Down In The Tube Station At Midnight and A Bomb In Wardour Street, the band are also excited about playing Billy Hunt, Mr Clean and The Butterfly Collector, which only featured on the US release of All Mod Cons originally

Over the past 11 years From The Jam have toured relentlessly, having played almost 1,000 headline shows in the UK since their inception in 2007.

Throughout this time, they've gained a reputation for the kind of incendiary live performances that sealed the reputation of The Jam all those years ago.

There are still a few tickets left for this gig, available from the box office or online.