GB hockey star set to pass on his skills 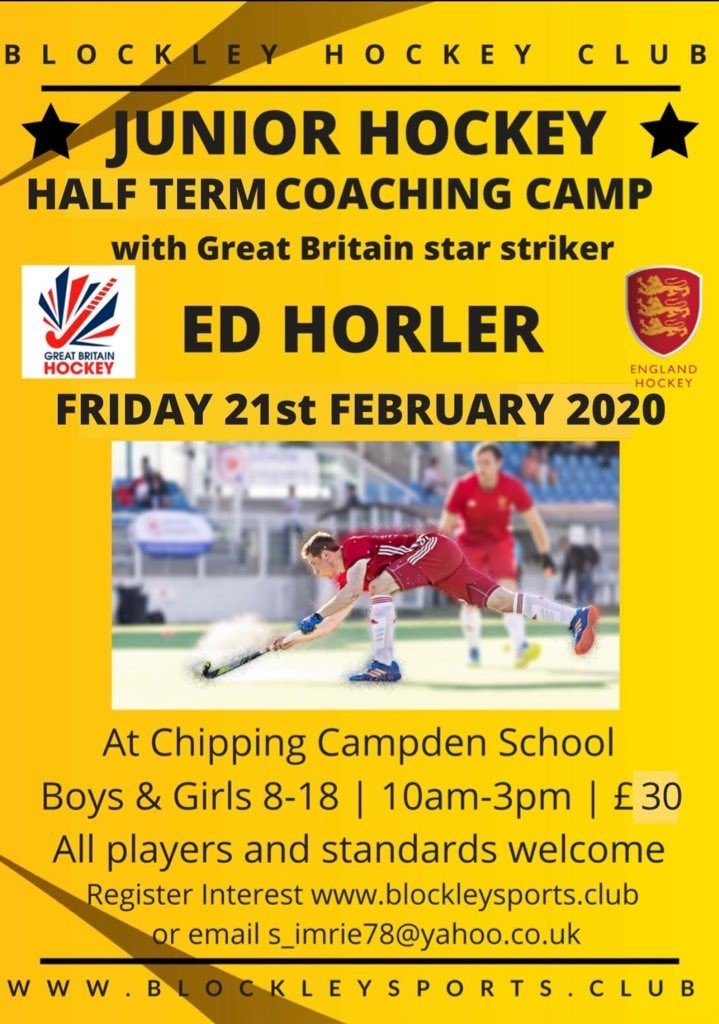 A Great Britain hockey star will be passing on his skills to young people in the Cotswolds during a half-term junior hockey camp at Chipping Campden School.

A day of fun and learning new skills will be held on Friday, February 21, at Chipping Campden School from 10am-3pm.

The camp is aimed at boys and girls aged 8 to 18 and all players and standards are welcome. The cost is £30.