Irish duo Foster & Allen still as fresh as ever

The story of Foster & Allen began back in the 1970s when Mick and Tony were playing in country music bands around Ireland.

In 1975 they got together a small group and went over to the UK to work the Irish music venues on a short tour. 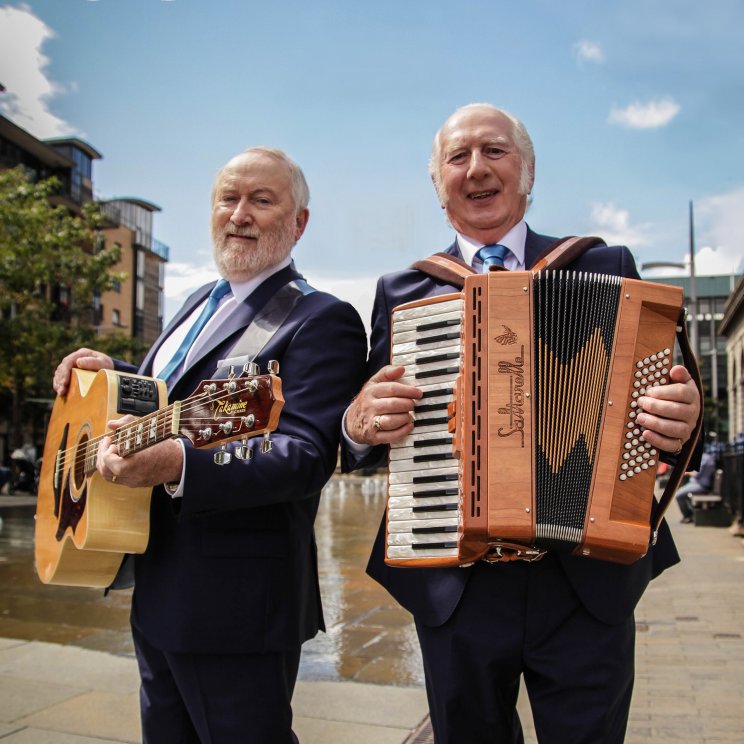 At the end of 1978 they released the single A Bunch of Thyme in Ireland, which entered the Irish charts and became their first top-selling No. 1 single. It stayed in the Irish charts for 40 consecutive weeks, re-entering for a further 13 weeks.

It was not until 1982 that this single was released in the UK. It was played by all the radio stations in Britain and was soon in the 'pop' charts. It climbed rapidly to the top half of the British Top 20.

In the early days Mick and Tony performed on stage as a duo, but in 1982 they added a band to their show thus giving them a much fuller sound.

To date Foster & Allen have achieved album and video sales in excess of 20 million worldwide. Foster & Allen's style and easy listening sound remains as fresh and exciting as ever. They really enjoy the business they are in, especially the live concerts.