First glimpse of 'The Art of Selling Songs'

Where: The Wilson, Cheltenham

Visitors to The Wilson, Cheltenham's Art Gallery & Museum, will have the first glimpse of a major retrospective of popular music marketing from the Victoria and Albert Museum (V&A) in London.

'The Art of Selling Songs' exhibition goes on a national tour for the first time in 20 years, opening on Saturday (March 16). 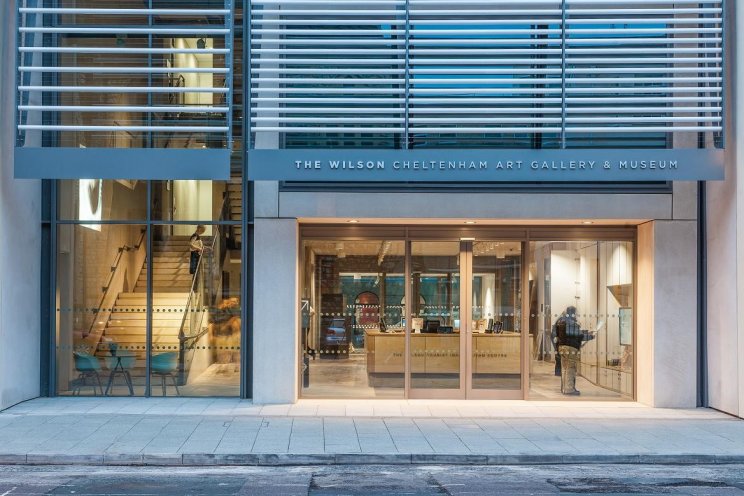 In 1991, the V&A staged 'The Art of Selling Songs', an exhibition of music marketing spanning three centuries. Since then, the artform has transformed beyond recognition.

This new touring show brings the story right up to date, showcasing 80 iconic objects from the V&A's collections, ranging from one of the first 19th century phonographic music cylinders to record sleeves and ephemera for The Rolling Stones, Sex Pistols and The Supremes.

Julie Finch, chief executive of The Cheltenham Trust, who run The Wilson Art Gallery & Museum, said: "It's been nearly 20 years since this collection was on public display so we are very privileged to be the first venue to bring it back to life, updated.

"The packaging of music has changed beyond recognition over the centuries, yet it remains one of the most exciting forms of visual cultural marketing and graphic design."

Amongst the exhibits are posters from the late 1800s advertising French and British live 'smoking concerts', rare record sleeves for artists such as Louis Armstrong and Blue Mitchell right through to the complex sleeves designed by Peter Blake and Jann Haworth for the Beatles' Sgt. Pepper's Lonely Hearts Club Band album and the app for Bjork's 2011 Biophilia digital album, introduced by Sir David Attenborough.

In between are 1920s discs made from rubber, shellac and minerals, vinyls that emerged after World War 2 and the introduction of cassettes in the 1960s and CDs in the 1980s.

The exhibition also celebrates the contribution of a range of well-known artists and designers from the late 19th century to the 21st century, including Henri Gabriel Ibels, Reginald Mount, Andy Warhol, Albert Watson, Peter Saville and Julien Opie.

Julie Finch added: "What's fascinating of course, is that despite the fact more digital than physical music was sold in the UK by 2012 four years later, in 2016, more money was spent on vinyl records than digital music with even cassette sales experiencing a renaissance. Retro is becoming mainstream once more."

The Art of Selling Songs exhibition will run until June 2. Tickets cost £5, £3 for concessions, and are available from The Wilson box office.