Dynamic duo at the Watson Hall

Marla & David Celia, a talented duo, are getting set for a performance at the Watson Hall, Tewkesbury, on Friday, November 18, at 7.30pm.

Fresh from opening for Blue Rodeo at Mariposa and soon to be supporting actor/musician Kiefer Sutherland in Germany, don't miss Marla & David. 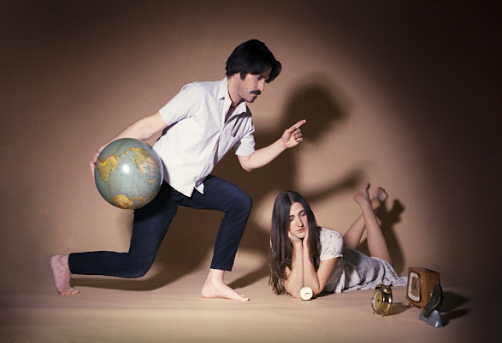 Come and relax with a drink and enter a world of harmonic beauty.

Marla & David Celia are currently on tour with their newest album Indistinct Chatter. You could describe the album as having a heady, summery '70s vibe. You will love the duet vocal harmonies, the progressive chord changes, the elaborate arrangements, and to round it all off, their well-crafted ballads.

Music brought Marla and David together when they met on stage in 2015. Their chemistry was magnetic and they made a gradual shift from performing two solo sets to becoming one act.

They now have two CDs out as a duo. Their debut duo album is Daydreamers (2018) and their sophomore album is Indistinct Chatter (2021).

In the past six years, Marla & David have played over 800 shows together and become like one on stage.

Tickets are £10 and available from https://tewkesburytowncouncil.gov.uk/event/marla-david-celia-friday-18th-november-2022/