The fourth Cheltenham International Film Festival runs from Monday, May 23, to Friday, June 3, and organisers have secured Dame Judi Dench as their headline guest.

"An Afternoon with Dame Judi" will take place on Thursday, May 26, before a live audience, in conversation with Jonathan Dean of Sunday Times Culture Magazine at Pittville Pump Room. 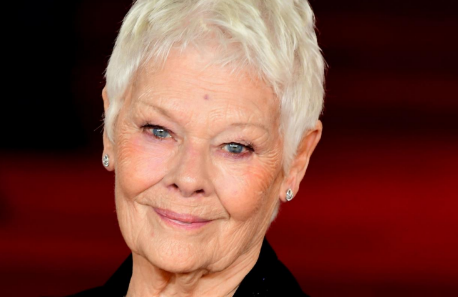 The 2022 festival is a "screen & stream" hybrid, screening and streaming new, independent films from emerging filmmakers who are marking a mark.

The festival opens on 23 May with The Good Boss, starring Javier Bardem, and closes on 3 June with Both Sides of The Blade, starring Juliette Binoche, directed by legendary French filmmaker Claire Denis.

Four films representative of Ukrainian cinema will be featured, including Rhino, directed by Oleg Sentsov, who has exchanged the red carpet for the muddy fields of war.

Festival director Leslie Sheldon said: "We hope to interview Oleg from the front line to raise money for Ukrainian refugees. We shall screen the Swiss-Ukrainian film, Olga, hosted by the entertainer Dom Joly, to raise funds."

Multi-award-winning film producer Stephen Woolley, plus cast members will attend the festival in a Retrospective to mark 30 years since the premiere of The Crying Game at Venice Film Festival. The film has been designated by the British Film Institute (BFI) as one of the best British films ever made.

Filmmakers in conversation are a feature of the festival. Among others, organisers have lined up Israeli filmmaker Ari Folman (Waltzing with Bashir) to discuss his new film Where is Anne Frank following its screening with one for its stars and a familiar face on British television, Tracy-Ann Oberman.

There's also a plan to hold a masterclass in scriptwriting, given by the Oscar-nominated scriptwriter Menno Meyjes, who has collaborated with Steven Spielberg on two films, including The Color Purple.

The festival has also formalised its youth programme into Cheltenham CineYouth, featuring panels, workshops and masterclasses, year-round, to engage young people in the culture of cinema, the art of filmmaking and to aid in communications skills lost during Covid lockdown.