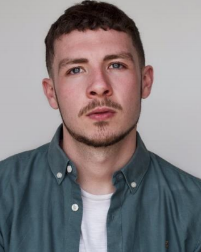 Young drama students in Gloucestershire will be supported by a Coronation Street star when they take to the main stage at the Everyman Theatre next week.

Stagedoor Learning runs in partnership with the Everyman to give 16-19 year olds the opportunity to study for a Level 3 BTEC Extended Diploma in Performing Arts while gaining unique insight into the world of theatre.

Now they will be centre stage in a two-night run of Brass by Benjamin Till on Tuesday and Wednesday, May 18-19.

Set in World War I, Brass follows the story of a group of young men who, having played in a brass band, join up as a pals regiment. The women they leave behind step into the shoes of the men working in a munitions factory and attempt to restart the band in honour of their brothers, friends and sweethearts.

SDL director Jenny Cameron said: "We aim to perform musicals that are less familiar so people discover something new. Brass is a wonderful ensemble piece which will feature all our students who have been helped by members of Cheltenham Silver Band.

"It has a beautiful score with lots of little stories within it. We're delighted to be back on stage, it's a real honour."

Jenny also revealed that actor Jack James Ryan - who played bad boy Jacob Hay in Coronation Street earlier this year - is now Patron of SDL having started his professional career in On The Mend with the Everyman Theatre Company.

She said: "We were both in On The Mend - a touring musical about the nurses and patients who spent time in Cheltenham's Voluntary Aid Detachment (VAD) hospitals during the First World War.

He stayed in touch with us and took part in workshops and Zoom chats with our students and when he landed the TV role I asked if he would like to be Patron and we're delighted he has agreed."

Jack James Ryan said: "I am absolutely thrilled. I've had the pleasure of seeing first-hand the quality of training SDL provides and can say it is truly unparalleled anywhere else in the country.

"Jenny works incredibly hard to offer well-rounded training and understands the importance of keeping her finger on the pulse of the ever-changing and developing arts industry.

"The students are always at the heart of every decision at Stagedoor which is what makes the training so successful and the reason the young people who go there have the experience of their lives.

"I will continue to work closely with Stagedoor and provide insight into the realities of a professional career in the arts."

Tickets for Brass are £10-£12 and available from the Everyman Theatre.

Cheltenham man hosts fund-raiser in memory of his mum

History brought to life for hundreds of people

From prehistory to the Medieval, Gloucester’s history was brought to life for hundreds of people to enjoy on Saturday (July 2).