Three large-scale performances directed by Jenny Wren Productions, in association with The Everyman Theatre, will use the Cathedral and its grounds as the set to bring this story of love, friendship and betrayal to life. 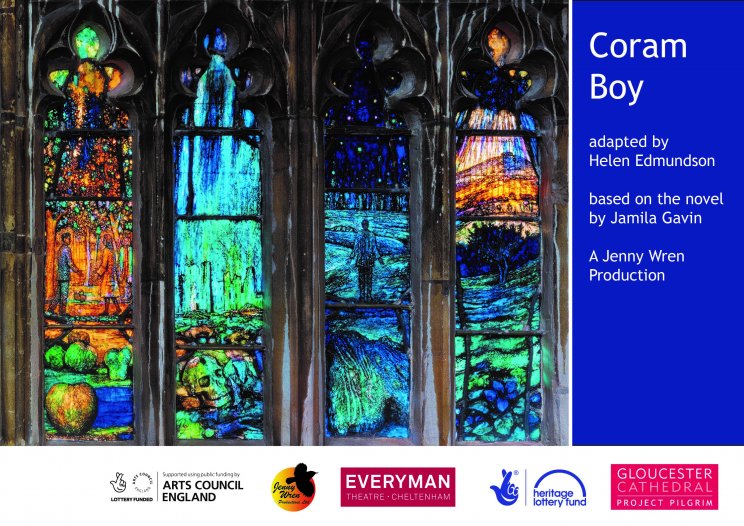 Awarded the Whitbread Children's Book Award and described by the panel as 'Brilliant, moving and ultimately, completely compelling', Coram Boy is a gothic drama of historical fiction based in 18th century Gloucester and London with many scenes set at Gloucester Cathedral.

Author Jamila Gavin interweaves three narratives with diverse characters and clever twists. A soaring musical score ensures this tale of two cities brings something for everyone.

Author Jamila Gavin said: "Coram Boy was the first book I wrote that is set in Gloucestershire so I am thrilled that Helen Edmundson's adaptation of my book is going to be performed at the Cathedral with local actors and musicians, giving the story real authenticity."

Members of the public will also be able to get involved with the Coram Boy project this summer through free secondary school and community workshops using the production to inspire drama, music and creative writing.

The workshops will be delivered by experienced professionals including directors and actors from the production and aim to extend and diversify the reach of arts activity across the county.

Canon Chancellor Celia Thomson said: "We are proud to work with such talented partners to host this production of Coram Boy with its inspiring themes of music, philanthropy and redemption.

"We hope the production and associated activities will encourage many to explore more music and drama in the future."

Alongside Jenny Wren Productions, partnerships with a wide range of arts and cultural organisations has made the project possible including support from the Everyman Theatre, Three Choirs Festival, Gloucestershire Action for Refugees and Asylum Seekers (GARAS) and Marketing Gloucester.

Camille Cowe at the Everyman Theatre said: "Gloucester has been highlighted as a cultural cold spot and the Everyman are passionate about enabling a change by supporting community projects like this that aim to be truly inclusive and engage with harder-to-reach audiences."

Refreshments will be available in the Monk's Kitchen until 6.45pm and during the interval. The venue and the grounds are wheelchair accessible. The minimum age recommendation is 12.

Tickets are available from the Everyman Theatre website at www.everymantheatre.org.uk/m-shows/coram-boy-gloucester-cathedral/