Shimi Goodman, 44, starred in Andrew Lloyd Webber's Bombay Dreams, Dirty Dancing and Chicago, where he played all the male ensemble parts and also the role of Mary Sunshine alongside stars such as Brooke Shields.

Shimi and Chris Hamilton, 49, make up the piano and tenor duo Tiano that have been taking London venues, like the famous Crazy Coqs Club, and concert halls across the world by storm. 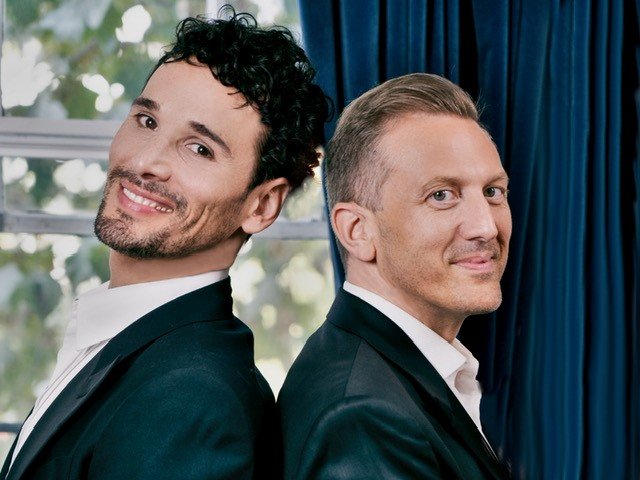 Chris, a former lawyer, and Oxford graduate, has performed in several shows including a one-man show about the life of Noel Coward which was specially written for him. In 2017 Chris appeared in A Spoonful of Sherman in London where he was regularly singled out by critics. Chris has performed in cabaret internationally from the House of Commons to Bangkok.

Chris is a keen writer and his first musical, Over The Threshold, for which he wrote the music, lyrics and book, was nominated in the MTM:UK Awards in three categories and won the award for Best Music. 'Over The Threshold' has been staged in Edinburgh, London and Vienna and a concert version was also produced in New York.

The talented pair that met in the corridors on Guildford School of Acting, have been planning a very special show for their debut at Ingleside, Cirencester.

Chris said: "We love putting together new shows and take great pride in selecting the right programme for our audiences. We are becoming quite well known for our mash ups of familiar songs performed in harmony and arranged by me on piano.

"One minute we perform a dramatic Puccini aria, the next we launch into a medley of 80s hits and pepper the show with some of our original songs, some of which were featured on Sky TV.

"We aim to take the audience on a journey of musical styles from classical to popular. The genre 'classical crossover' perfectly describes our style since everything we present is very much influenced by our classical backgrounds but we're aware that people want to be entertained," Shimi added.

The 2022 shows curators and hosts, Heather Lundstedt Price and Stuart Matthew Price, are no strangers to the West End themselves.

This is the first show of 2022, with further dates and performers to be announced for Entertainment at Ingleside but "Tiano's appearance is already causing a stir," said Ingleside boss, Ian Carling. "I saw these two sometime ago and they have got better and better. With great food as well, it promises to be a great night that will not be repeated."

Each show will take place in the grounds of Ingleside, in the newly equipped, The Pavilion, a large indoor space behind Téatro's Firepit garden dining area. Ticket prices are from £45-£60 which includes a three-course dinner prepared by the highly rated team behind Teatro. A limited number of non-dining seats are available from £35.