The 7th Gloucester CAMRA Beer & Cider Festival is taking place on May 17 to 18 and will once again be hosted in the historic Blackfriars Priory, off Southgate Street, in Gloucester.

Around 90 ales and 30 ciders will be on offer, plus a selection of wine and prosecco. 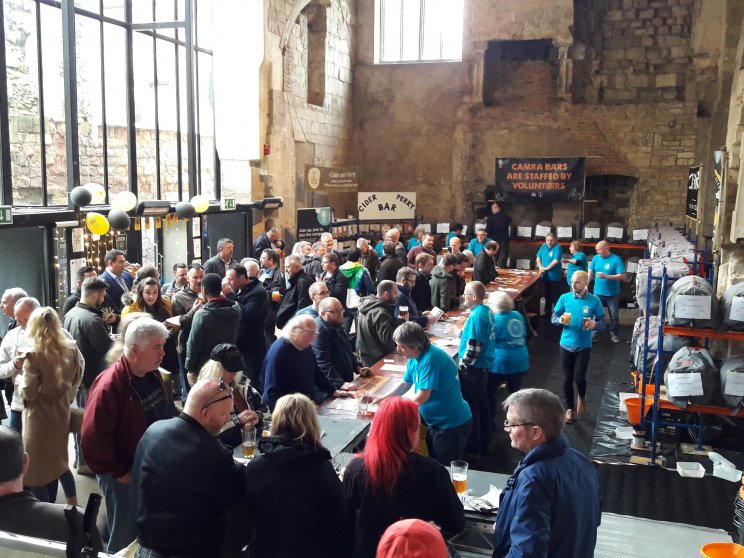 The magnificent Blackfriars building proves a perfect backdrop for the festival with a variety of rooms, including quiet rooms and the priory's beautiful South Range, plus the (hopefully!) sunny courtyard.

The cavernous main hall is ideal for keeping the beers and ciders at the perfect temperature.

Beers will once again come from across the country - there will be beers from as far away as Alexandria in Scotland to the north and Padstow in Cornwall to the south. There will also be a wide range of local beers from around Gloucestershire, with the closest coming from Gloucester Brewery and the Brewhouse and Kitchen, just yards from the venue in Gloucester Docks - including a new collaboration brew that they have created together: an orange and rye red ale called Rye Take the Pith which you can try for the first time at the festival.

May is CAMRA's mild month, so expect plenty of examples of the style, including Sarah Hughes Dark Ruby Mild, Salopian Divine Comedy and Voodoo Mild from Great Heck. 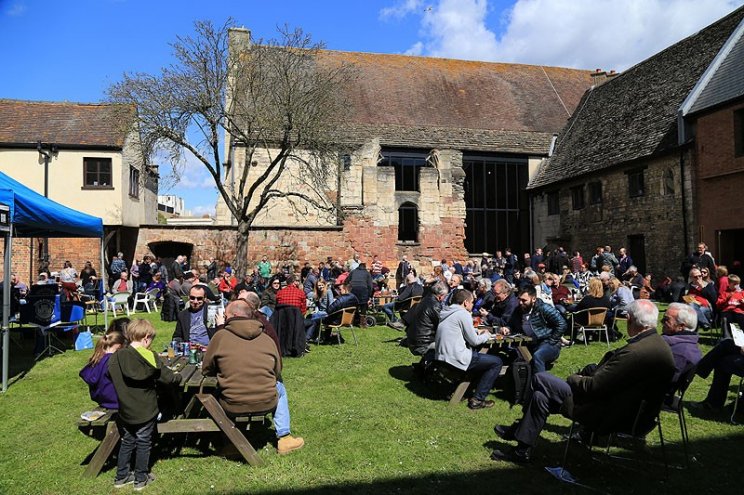 The festival is not just for beer lovers - there will be an equally interesting mix of ciders and perries. Traditional ciders include Orchard Revival from North Nibley, Oliver's from Herefordshire, Llanblethian Orchards from the Vale of Glamorgan in Wales and Madhatters from Cheshire.

If you prefer your ciders fruity, there will be mango, gooseberry, balckcurrant, lemon & lime, orange & pineapple and strawberry.

The festival isn't just for die-hard beer and cider lovers. Being in the centre of town it attracts a wide range of customers of all ages and interests to come and have a fun, relaxing time.

There's entertainment throughout the festival with a mix of bands including Better Than We Look, an up and coming local young band, headlining on Friday night; Tewkesbury Town band are back by popular demand on Saturday afternoon; and Fat Tony's Band will close the festival on Saturday evening.

Each year the festival supports a chosen charity and this year it is the Cotswolds Dogs & Cats Home, an independent charity which is based in Cambridge, Gloucestershire, and covers the South Cotswolds region.

The festival is open from 11:30am to 11:00pm both days. Entry price to the festival is just £6 - unchanged from the last few years - with tickets available on the door only.

CAMRA members get a free pint with their members' card. Visitors can join CAMRA at the festival and still claim their free pint.