Brothers Beyond - celebrating 50 years of 'Joseph'

The production has been created and directed by former Joseph, Graham Tudor, who joined the cast in 1998 as Isachaar and went on to don the famous dreamcoat from 1999-2003 and again in 2005. 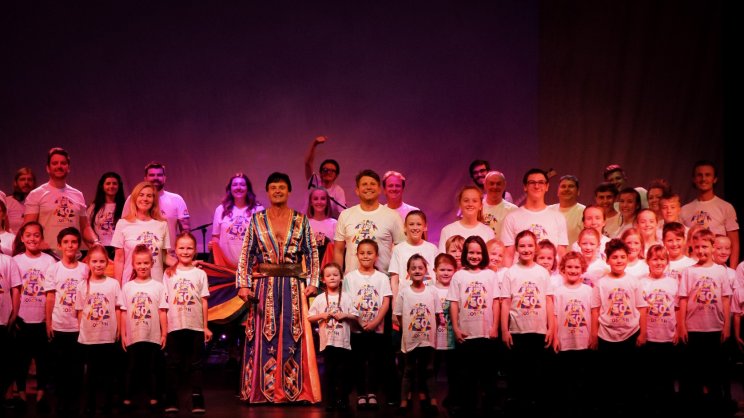 Since Joseph, Graham has had extensive West End leading roles in such shows as Grease, Mamma Mia and The Rocky Horror Show. He is also creative director of Tread Productions and is delighted to be bringing this show to Cheltenham.

Joining Graham on stage will be none other than West End legend and the longest serving Joseph in history, Mike Holoway.

Mike also starred in the 70's hit TV series The Tomorrow People as well as having a very successful music career with the band Flintlock.

All of our other performers in Brother's Beyond have, or are currently working in West End and UK touring shows such as Ben Beechey in Les Miserables & Beauty and the Beast and Trevor Jary in Jesus Christ Superstar, to name but a few.

The show itself will feature some of the best songs from West End musicals, as well as a spectacular finale from the musical Joseph featuring the entire company! So dress to impress in your finest technicolor robes and prepare for an 'amazing' night at the theatre that's 'ahead of its time'...

The former Joseph stars will also be joined on stage by students from the local area.