Black comedy at its blackest and best

From the writer of Rising Damp and Only When I Laugh, Eric Chappell's darkly funny masterpiece Natural Causes comes to Cirencester this weekend. 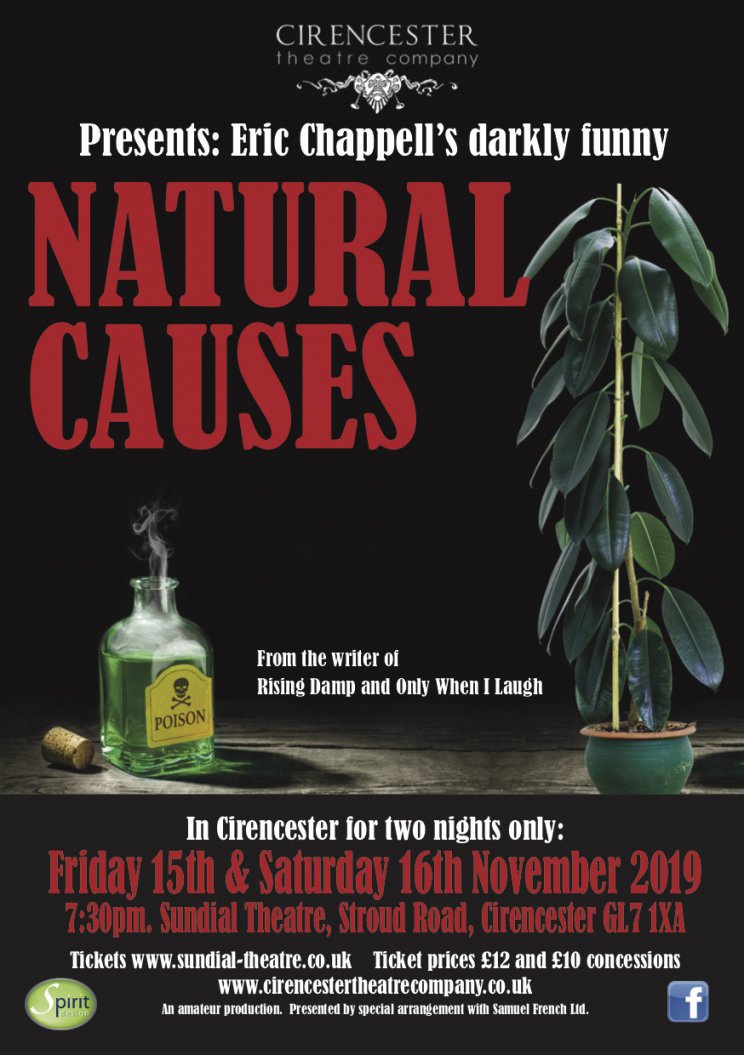 Cirencester Theatre Company are staging the show for two nights only on Friday (November 15) and Saturday at 7.30pm.

Vincent makes a visit to the home of Walter Bryce, a historical writer. Vincent is from Exodus, an agency offering an unusual service to help people face the final curtain. He believes that his all-natural painless poison is intended for Walter...but is it?

On his arrival he quickly learns (even though he left school at 14) that things are not as they appear to be, neither are the people he meets.

In between mistaken identities and plant cruelty, he starts to wonder whether he should just push on to Slough...or risk further 'mishaps'..

This is an immensely funny comedy thriller, full of mistaken identities, hilarious consequences and some great laughs. First impressions cannot be relied upon and you can expect to weep with laughter throughout.

Natural Causes is black comedy at its blackest and best.

Tickets, priced £12 and £10 concessions, are available from the Sundial Theatre website or the Cirencester Theatre Company website.