Following on from the success of her three previous novels, 'Her Deadly Friend' is set to publish on August 23.

Rachel said: "The story features a battle of wills between Steph, a detective inspector, and Amy, her old rival from school days. When murder rocks Steph's home area and the body count reaches five, all leads point to Amy. But is Steph obsessed with her schoolgirl vendetta or closing in on a killer?" 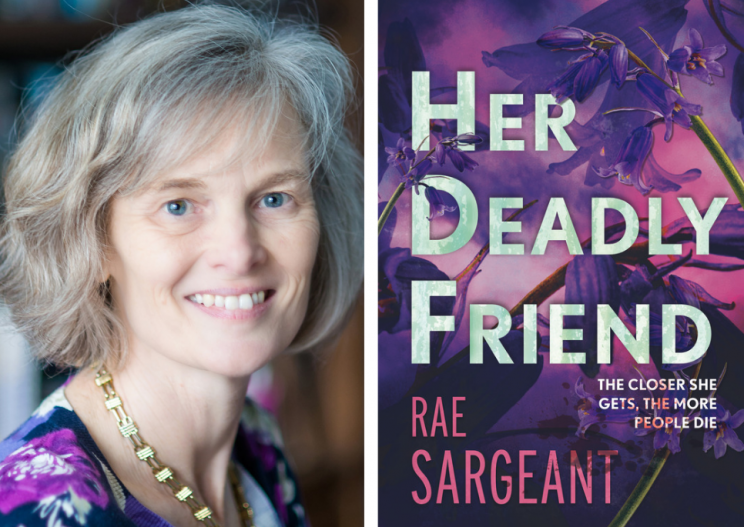 Rachel has lived in Abbeymead, Gloucester, with her husband and children for the past 11 years. Before becoming a full-time author, she was a learning resources centre manager at schools in Gloucester and Cheltenham.

Rachel said: 'Gloucester was a goldmine of inspiration for my fictional setting of Gleveham - a play on Glevum, the city's Roman name. I used real landmarks, renamed some, moved a few around and invented others. The series will see Steph investigate cases all across Gloucestershire.

"'The first chapter in 'Her Deadly Friend' takes place in the 'Georgian Gardens', a fictional location. I wrote the scene longhand in my notebook during several visits to Painswick Rococo Garden, one of my favourite places to visit.

"Readers familiar with the real attraction will spot some of its features in the chapter. My publisher, Hobeck Books, and I were thrilled when we were granted permission to use Painswick Rococo Garden images, and the delightful bluebell glade there inspired the cover of the book."

Rachel is writing the Gleveham Killers Suspense series under the name Rae Sargeant.

"It's a slight departure from my previous books which were two psychological thrillers and a police procedural. Although there's always a serial killer on the loose and detectives are on the case, the new series focuses on the sense of suspense between characters."

A full-time author for the last three years, Rachel has achieved worldwide sales reaching well over 100,000 copies. She grew up in Lincolnshire and spent many years in Germany, before settling in Gloucester.